Heading into the Summer 19 Finals in Connecticut, five-seed Shocker City were looking for more than just revenge. They were looking to complete a dynasty; a three-peat, a feat never accomplished in the Legacy Leagues. However, Shocker City were hit by a storm on the court; a tropical storm, as the championship trophy was hoisted by the second-seeded Flint Tropics for the first time, ending Shocker City’s dynasty bid, 55-42.

“We played our game well, I just can’t wait to get back to Flint for the parade,” said Mike Bozzuto, the team’s top scorer who was named Finals MVP with a performance of 12 points and seven rebounds.

The journey to the top of the mountain was not easy for the Flint Tropics, but oh how sweet it is. Capping off an 8-1 regular season, Bozzuto and the Flint Tropics stormed through the rest of the field to lift the championship trophy.

Tarell Vargas was the games highest scorer (21 points), which is shocking considering both teams were in the top three in team scoring this season. Although both teams were loaded with high-powered offenses, neither could really get a consistent flow of offense going. Instead, both teams heavily relied on locking down on defense in this one.

“We slowed the game down and focused on playing good defense. We held them to 42 points so it worked,” Bozzuto said. 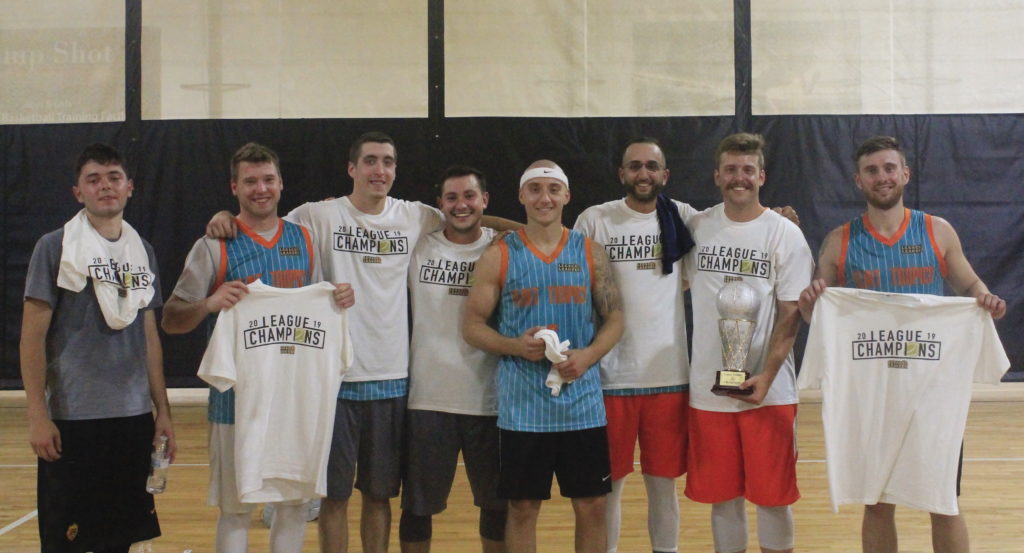 Shocker City led the game in total steals (10), but a major story from this game was the foul trouble the Flint Tropics got in and how they got out of that hole. Seven of eight Flint Tropics players picked up a foul during this game, which totaled 22 total fouls for the team. Miraculously, nobody picked up a sixth foul. Even more surprising is that fouling was actually the strategy the Flint Tropics implemented.

“It’s been the strategy, every time they get out of the fast break we foul them…we knew they would run the clock out,” said Bozzuto.

While some would argue this was the Flint Tropic’s strategy and some would argue it was not, there is no doubt that sending Shocker City to the line was beneficial. Shooting only 6-of-16 for 37.5 percent from the charity stripe, the defending champions did not look to be in championship form.

Posting season lows in both field goal percentage (15-of-54 equalling 27 percent) and three-point percentage (6-of-28 equalling 21 percent), Shocker City didn’t capitalize on enough of its chances, leading to the Flint Tropics being able to take over this game.

As another season of Legacy Leagues closes, Bozzuto and the champion Flint Tropics leave with some fighting words heading into next season.