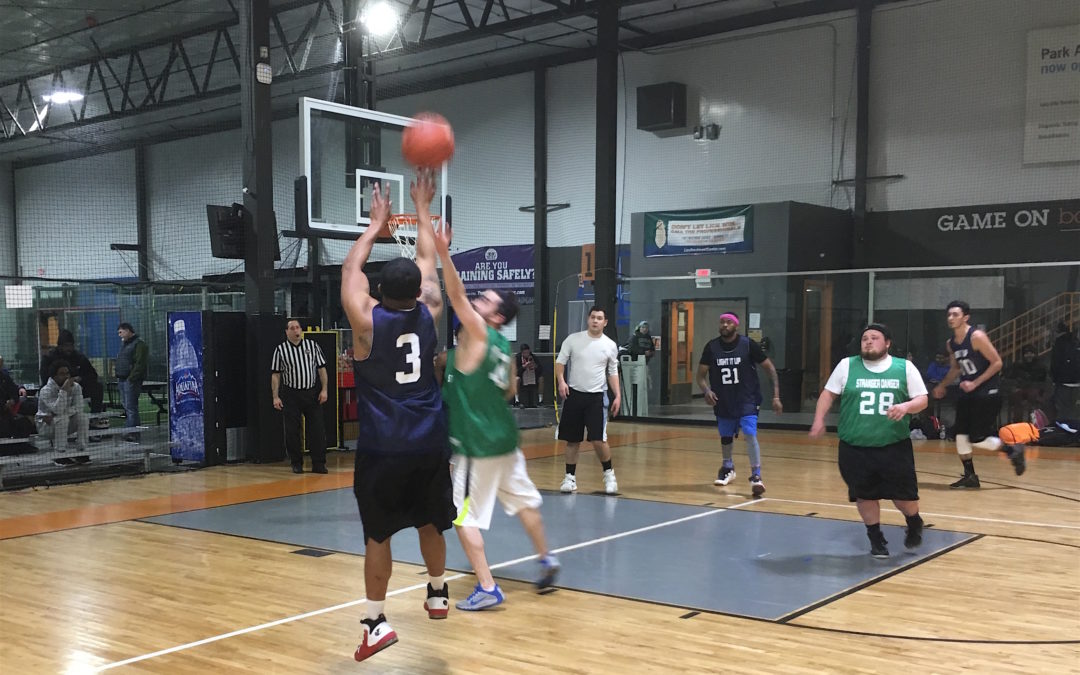 “Stranger Danger”, “The Interns”, a team with multiple names may have just acquired another… “The Comeback Kids”.

In their 55-54 victory over Light It Up, Stranger Danger came from behind in the second half for the second consecutive week to remain in the ranks of the unbeaten.

“We made them drive, they’re three-point shooters,” Stranger Danger’s Kyle Murphy said.  “They’re small, so if you make them drive they won’t score.”

In the second half Stranger Danger did exactly that making up for a dreadful first half covering Light It Up’s sharpshooters, Chris Rosario and Mike Champagne.  The defensive adjustments and improvements led to Light It Up only mustering four points in the fourth quarter.

In addition to the defense in the second half, Stranger Danger had two other key advantages in the end; Steven Echols and luck. Echols built off of his dominant late game performance last week with 19 points on 60% shooting this, while adding 3 steals to aid in the defensive effort. Despite the defense and Echols, Stranger Danger still needed a little bit of luck on their side to secure the win.

“Too many turnovers down the stretch,” Murphy said.  “We should have just held the ball and let them foul us.”

Late in the game, instead of securing possession and taking the intentional fouls, Stranger Danger got greedy and tried to seal the game by forcing the ball up the court and making dangerous passes. If it weren’t were awful free-throw shooting and a little misfortune by Light It Up this game could easily have gone the other way.