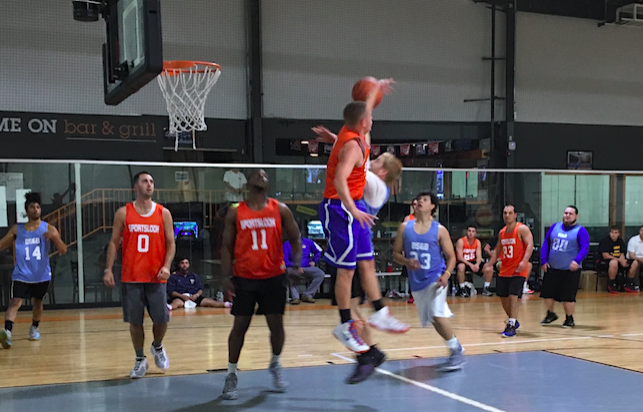 This week’s previews are presented by: the Star Factory

This matchup projects to be a defensive battle. While the Kekambas have their struggles offensively, they are the league’s second-best rebounding team. Look for this game to be won on the boards as Sportslook struggles to rebound as a team. This is a great match up for the Kekambas to take the next step in the league.

Since joining the Cereal Killers, Tyrhon Coward hasn’t enjoyed the same success as he did last season with the Brotherhood. Make no doubt about it: this will be a high stakes game with a lot of behind the scenes drama involved. Look for Mike Davis to really unleash the beast in his first real test since debuting this season in week 5.

Run TMC collected their first win of the season last week over One Time, while BS&B were handed their first loss from Sportslook. Run TMC will look to remain hot and try to knock of BS&B to earn their second straight win. BS&B has proven their grit time and again this season, and have proven they can play with the best. Despite a tough loss last week, look for them to get back on track against a less-talented Run TMC team.

This is looking like the best matchup of our week 6 slate, as two of the power house teams in this league will square off. No Limit’s starting rotation, the self-proclaimed “Core Four,” of Tarell Vargas, Howie Miller, John Rullan and Ronte Byrd is a tough match up for any team in this league. Carmine Santorelli and his high-powered Temptations offense will look to slow down this red hot No Limit team.

Since losing Eric Rankin prior to week 3, One Time has been free-falling. Mike Cody has done what he can, but this team is quite frankly out of its league. The Titans have been playing their best basketball of the season, and all signs are pointing towards them getting their first win of the season this week. The Titans chemistry is much approved and it has translated positively on the court.

It has been a tough season for the Air Ballers and they will not be shown and mercy as a surging Goon Squad team awaits them in week 6. Goon Squad knocked off the Titans last week and are shaping up to be a strong playoff contender in this league. Matt Marconi’s hot shooting, combined with his team’s high-energy approach on defense, makes this team a lot to handle for a struggling Air Ballers team.