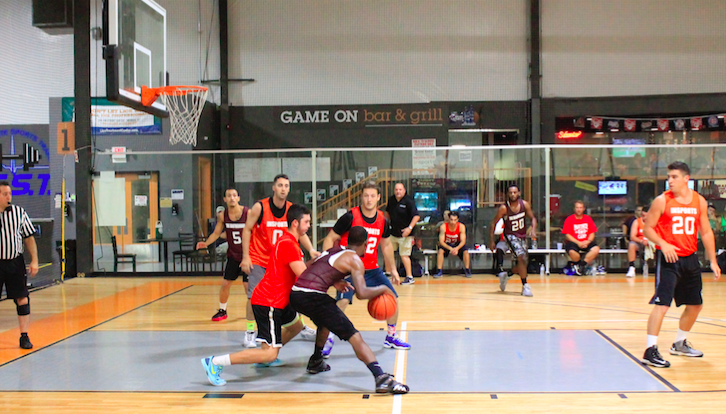 This week’s previews are presented by: BTX Global

The first ever Legacy Leagues Podcast: Sam Leventhal and Joe Catapano take you through the changes in the league from the Summer to the Fall, and get you caught up to the midway point of the Legacy Leagues season.

The two teams atop the standings face off in the East Coast Garage Doors Game of the Week. This highly anticipated matchup is a rematch of the championship from last season, in which the Brotherhood were crowned champs. Since then, the Brotherhood are yet to lose a Legacy Leagues game and have looked as dominant as ever, especially since the return of the reigning-MVP Michael Davis. Bryan Acevedo has dropped to ninth in the league in scoring, and Sportslook will need a great game from him to compete with the champs.

Two 2-4 teams square off, but they started the season at opposite ends of the power rankings. Since opening up 2-0, the Cereal Killers have now dropped four straight and are in desperate need for a lead guard. The Kekambas have been better since the arrival of Chris Aaron, but still struggle on the offensive end. This is a big game in determining playoff seeding.

The Temptations look to get back on track after a heartbreaking 3-point loss to No Limit last week. Erik Silva continues to be a force in the paint, coupled with the supreme scoring talent of Carmine Santorelli. They look mortal without his brother Nick. Blood, Sweat, And Beers also suffered a loss, but in a form of a blowout, to Run TMC, who won by 36 points in a foul-fest.

Goon Squad took care of business last week against the Air Ballers to extend their win streak to three games. Led by Matt Marconi, this scrappy defensive squad has played toe-to-toe with every opponent thus far. One Time is one of two teams yet to win a game, as they fell to the Titans last week in a closely contested battle, and Mike Cody continues to be the lone offensive threat.

Presumably, this will be the last chance for the Air Ballers to get a win on the season, as they take on No Limit and Sportslook in the final two weeks. They will face a Titans team coming off their first victory of the season. The Echols’ brothers are the booming voices directing the Titans squad, as Jaylon Smalls continues to be the lone talent misplaced on a disoriented Air Ballers team.

After losing their first four games in bizarre fashion, Run TMC has reeled off two straight wins as they go into a huge matchup against No Limit. The addition of Reggie Stewart has changed things for the Run TMC squad who desperately needed a point guard. As we know, No Limit has rolled to a 5-1 record on the merit of the big three (who can light up from 3), consisting of Tarell Vargas, Howie Miller, and John Rullan.