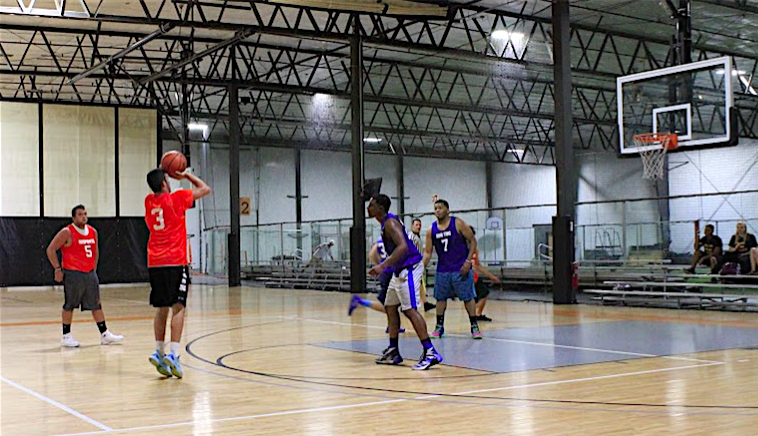 Two newly formed teams with a few familiar faces is going to be a great way to kick off some keys matches once the new season kicks off.

After exiting the Summer ’16 season, Carmine Santorelli is back for the fall and this time it’s with his brother. Last year, Carmine seemed to be too much for anyone to stop. With the brothers together, they look like a very scary squad that could make a finals run. However, their toughest matchup may be this one in week two against the Cereal Killers.

Cereal Killers, formed by All-Star Game captain Tyrhon Coward, looks to be lethal after adding Will Hudson and Adam Samuel into the mix. These three guys have the potential to takeover a game at any point. Hudson led the league in points and total rebounds last season while playing for Run TMC and Coward follow just two points behind representing The Brotherhood.

Coming off of a loss to The Brotherhood in the finals, Sportslook will want to pickup a significant win early, and I think it could happen against Run TMC, provided that both Bryan Acevedo and Andrew Cavanagh bring all that they’ve got. The boys in blue fell victim to a mid-season slump with the decline of Shaq Holman, so starting the fall season off right is going to be crucial for them.

After a surprising, but great season from BS&B, they are back again to try and take down Sportslook. They will be looking for some bigger production from John Lutters. Although his play may go unnoticed in the stats, his impact is larger than anyone would think. You also can’t have a conversation about BS&B without mentioning Cody Dileonardo or John Brolet. These guys will have to face a tough squad that beat them to the finals last year in Sportslook, who returns many of their key players.

This game has the potential to be the greatest of the season. These two met in the finals last year, where we saw The Brotherhood take a 66-52 victory and hoist the NAPA Auto Parts Championship Trophy. From Sportslook, we’ll have to see Acevedo, Cavanagh and Markus do the damage that we all know they can. From The Brotherhood, they will have to do what they do best; pressure the ball. With Defensive Player of the Year and Most Valuable Player Michael Davis, Russ Payton and Kevin Rivera making a comeback, it will be tough for Sportslook to put together a repeat performance and keep the game close well into the second half.

Last season, this was the matchup to watch. Number one versus number two at the time. The Brotherhood obviously took last season’s title, and BS&B weren’t even found in the finals after an unfortunate defeat to Sportslook in the semifinals.

This season, they’re both back looking slightly different. BS&B is bringing back their core players in Cody Dileonardo, John Brolet, John Lutters and Pat Gilson, while The Brotherhood has lost one of theirs. During the Summer 2016 regular season, Coward accounted for 199 of their points, good enough for second in the league. Not that Davis, Payton or Rivera are not uncapable of picking up this slack, but Coward left some big shoes to fill and it could possibly pose a struggle against a team as good as BS&B.