Finals Preview: No. 1 Monstars vs No. 2 No Limit 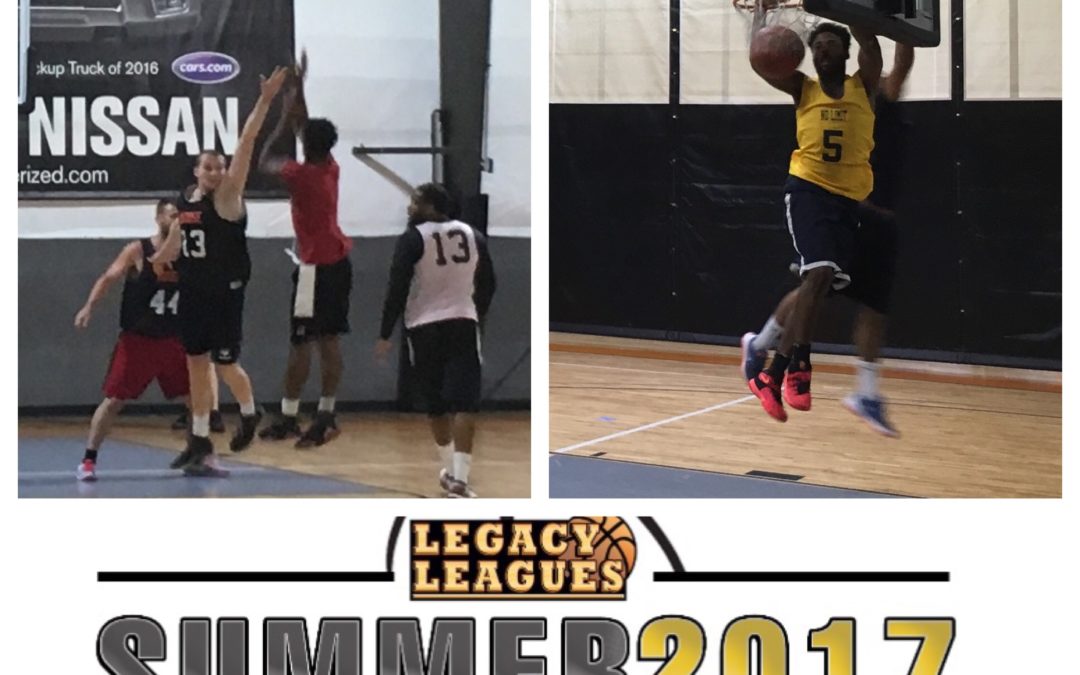 In a postseason that was deprived of upsets, it’s actually fitting that the two top-seeded, undefeated teams are left to face off against one another in what’s anticipated to be a thrilling Legacy Leagues Championship game.

Entering the postseason as the no. 2 seed, the storied powerhouse that is No Limit cruised through the playoffs, punching their ticket back to the big stage after a blowout win over The Brotherhood. Now awaiting them in the Finals is the most formidable opponent that they have faced all year: The defending-champion Monstars.

The Monstars earned their way back to the Finals by taking down the defensive juggernaut that is Team Moose. The Monstars have essentially coasted to an undefeated season, commonly blowing out their opponents with sheer talent. While the wins were undoubtedly impressive, the question remained whether or not the Monstars would be prepared to fight through adversity if it presented itself in the postseason.

After narrowly-defeating Team Moose in an epic Semifinal on Thursday night, the Monstars most definitely proved that they can be tested under intense circumstances against elite competition, and still come out on top.

“We came into the game knowing it was going to be a tight one,” the Monstars’ Larry Little said after the win. “Team Moose is one of the best teams in the league, they don’t lay down for anybody.”

Team Moose was widely considered the best defensive team in the league, but was also recognized for their incredibly efficient offense. The Monstars were adept to take control of the game’s tempo by jumping out to an early lead, forcing Team Moose to play out of their comfort zone. I’d look for them to assert a similar strategy when they take on No Limit in the championship on Tuesday night.

As for No Limit, their win over The Brotherhood was extremely impressive. No Limit blew out the two-time-champions sending their rivals home with their tails between their legs. No Limit ran free in transition all night, breaking the iconic full-court press that The Brotherhood have trademarked over the years.

“That’s what we do: we run the floor and play defense,” No Limit’s Tarell Vargas said. “We got our rhythm back, (and we’re) ready to carry it into next game.”

For No Limit to earn their first-ever Legacy Leagues Championship, they will have to search for ways to slow down the Monstars’ Greg Langston. Langston is almost impossible to stop, evident by the 30 points he scored against the patented Team Moose defense in the Semifinals.

After experiencing Langston’s dominance on the low-block, Team Moose opted to let Langston shoot the outside shot, which he did, draining 3-of-7 from beyond the arc. The Summer 17 Legacy Leagues’ Rookie of the Year, Langston has had an unbelievable season that he looks to cap off with some championship hardware on Tuesday night.

No Limit has star-power of their own, boasting a lineup inclusive of two former MVPs: Jalen Graham and Tarell Vargas. In addition to their core, they supplement the duo with perennial All-Star Howie Miller, 5th Man of the Year Rashawn Hendricks, and rookie sensation Ty Sands, who may very well be the most under-appreciated player in the league.

Sands was pivotal in No Limit’s Semifinals performance, pouring in 42 points to go along with eight rebounds and four steals. Operating as a spark plug off the bench all season long, Sands has displayed his ability to step up in prime time moments. His standout efforts will likely be required once again in the Finals.

Speaking of under-appreciated players, the Monstars have some key role players of their own in guys like Reggie Stewart, Brett Cody, and Ty Alston.

“We’ve been saying all year that we’re a deep team,” the Monstars’ Greg Langston said after defeating Team Moose in the Semifinals. “Ty (Alston) and (Brett) Cody played great defense, we just got a lot of good players on this team.”

Stewart has been a true floor general this season for the Monstars, taking a back seat on the offensive end to mainly function as a facilitator. However, Stewart has the ability to breakout for monstrous scoring performances, so No Limit must keep tabs on him all night. Brett Cody and Ty Alston also give the Monstars instant defense off the bench, which will be crucial to match the production of No Limit’s depth.

No Limit has looked liked the hungriest team all season long. They know what it feels like to make it to the Finals and come up short, losing to the Brotherhood in the Fall 2016 title game. They have used that as motivation to get back to this point.

Turning each week into a business trip, they’ve defeated difficult opponents with ease en route to an undefeated regular season. Both of these teams ranked in the top three in points and assists on the season, pitting two of the league’s most potent offenses against each other for the grand finale.