Finals Preview: No. 3 Red-emption vs No. 5 Monstars 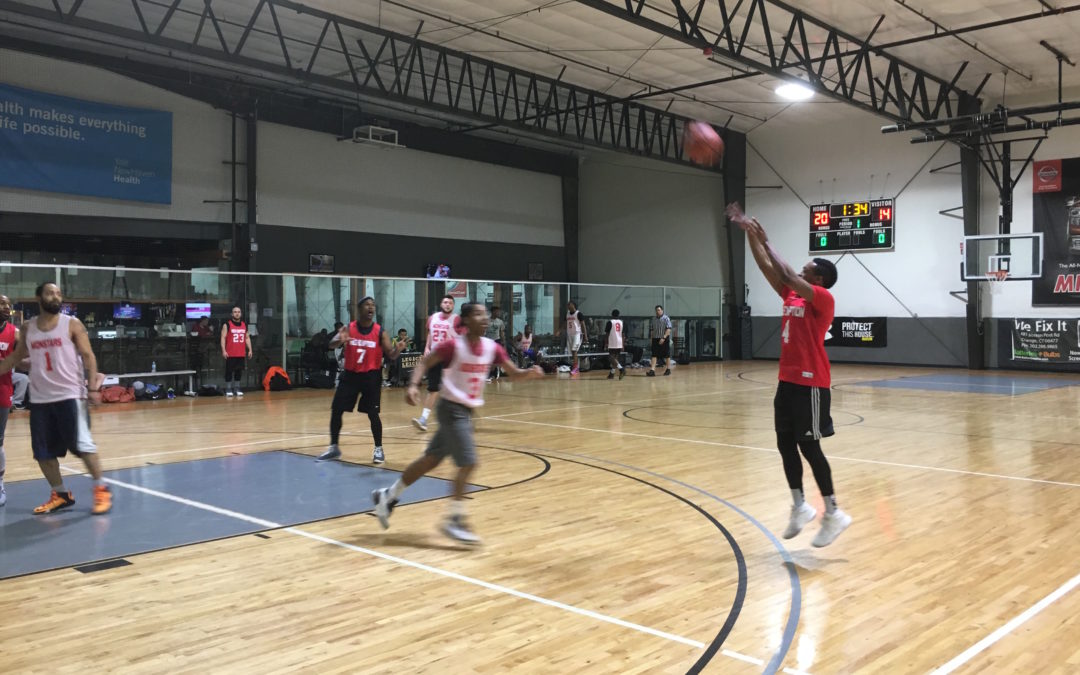 It all comes down to this… will the “Red-emption Tour” keep rolling, or will the Monstars steal MVP Jalen Graham’s powers and pull the upset? This season there will be a new champion in The Legacy Leagues, however, the two teams in the title game are not what most expected coming into the season, or at the start of the playoffs.

With the no. 1-seeded Cereal Killers and last season’s runners-up No Limit eliminated earlier the playoffs, 3-seeded Red-emption takes on a red-hot Monstars squad for the title.

The two teams last met in week 9 of the regular season, with Red-emption on a hot streak, and the Monstars on a cold-spell. Red-emption came out on top, led by both great defense, holding the Monstars to only 54 points including holding All-Stars Reggie Stewart and Corey Jacobs to only 16 and 13 points respectively, and the spectacular play of Graham, who had 28 points, 13 rebounds, and six assists.

However, since Week 9, both teams have changed a lot on their road to the finals.

The Monstars have hit their stride, seeming to finally gain consistent team chemistry. Also, the players have begun to accept and become defined in their team roles. The stars Stewart and Jacobs have become more aggressive-minded, with Stewart stealing the show in the semifinals, scoring 47 points in their upset of the Cereal Killers. Additionally, secondary scorers like Mike Cody and Brandon Seabrook have come up with timely baskets, and are no longer settling from long-range, while big-man Antoin Pettway has become a rim-protector on the interior.

On the flip-side, Red-emption has improved as well. Fall 16 All-Star point guard Scott Corchard seems to finally be fully healthy after spraining his ankle earlier in the season. In addition, they seem to have gained consistent chemistry among their big-men. Pete Sklarz and Matt Pils are now being played at the same time with no issues of floor spacing for Graham and Corchard, thus making it harder for opponents to score on them, as seen by their four combined blocks in their semifinal win over Run TMC last week.

In order for the Monstars to pull yet another upset, after an emotional victory over the Cereal Killers, they will need to stay together as a team first and foremost. Red-emption is one of the more disciplined teams in the league, while the Monstars have been seen arguing amongst themselves and with the referees in the past. They will need to stay together through adversity, and stay away from mental errors, such as technical fouls and ill-advised turnovers.

In addition to playing smart basketball, the Monstars will also need to continue their pressure defense. They are second in the league in steals as a team, and All-Star Corey Jacobs is also a member of the All-Defensive Team, snatching the third most steals in the league himself. The Monstars will need to force turnovers, and get out in transition to get easy baskets to attempt to throw Red-emption off their offensive chemistry and hot shooting.

“It’s going to be one hell of a game,” the Monstars’ Jibril Chisholm said after his team’s semifinal win over the Cereal Killers. “They beat us in the regular season, so I’m going to stay a little humble. It’s going to be a good game, that’s all I gotta say.”

On the other hand, Red-emption will need to do two things in order to take down the Monstars once again. First, they will need to continue to hit threes at a high rate. They are second in the league in three-point field goals made, and have hit at least nine threes in all of their playoff wins. They will need more of the same to keep pace with the Monstars who have scored over 80 points in their last two games.

Second, Red-emption is going to have to improve their ability to control the tempo and maintain possession. They are third in the league in turnovers, and the Monstars have a defense the features a high-pressure attack from start to finish. Having their point guard, Corchard, back and seemingly healthy will be a step in the right direction, but Graham and other guards like Stanley Geter and Mike Freeman will need to take care of the ball on the perimeter in order for Red-emption to take home the Napa Auto Parts of Stratford Championship Trophy.

With the stakes high and pride, bragging rights, and the ultimate goal on the line, the Finals should be close and intense from start to finish. The last game of the Winter 17 season tips off Tuesday night, April 18 at 9:15pm at Insports in Trumbull, and, like last season, the entire game will broadcast Live on our Facebook page.