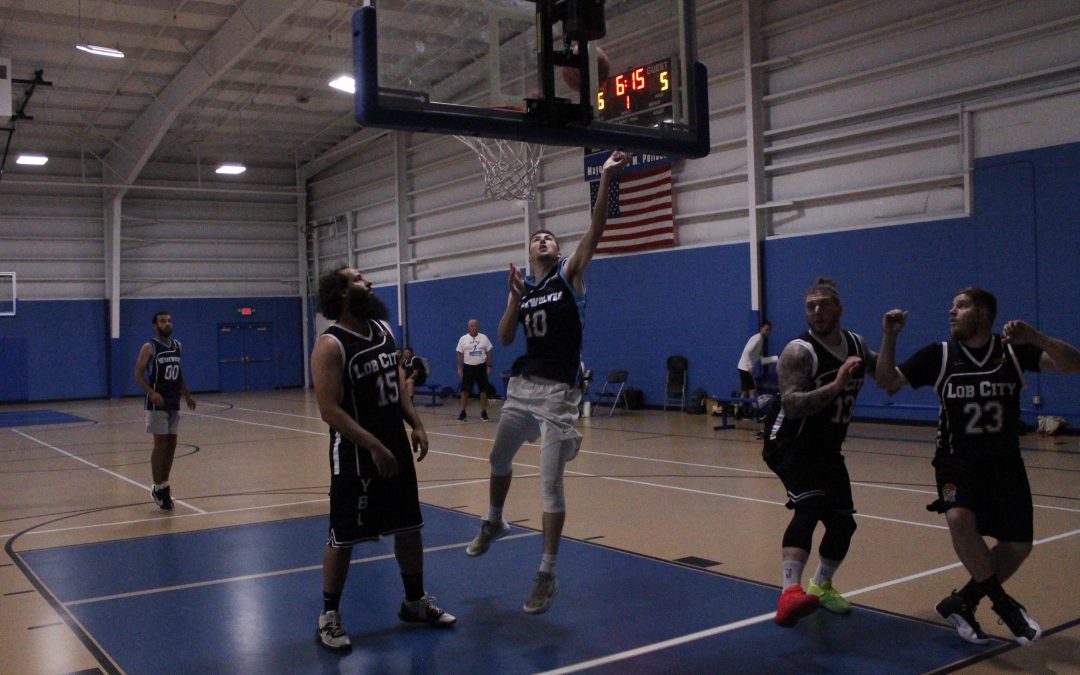 Only two teams remain in the Legacy Leagues for the Summer 22 season. We are left with the defending champion Lob City and the Werewolves. Lob City handled business in a grueling matchup against the RI Warriors, 88-78, pulling away in the fourth quarter. The Werewolves completed a stunning upset of the undefeated Duje’s Boys in overtime, 68-63.

Let’s start with the defending champs. It was easy to see in their Semifinal matchup that the presence of Jose Mercado adds another element to this team. Mercado paced Lob City with a team-high 38 points. With their full roster, Lob City is a nightmare to defend.

Victor Kashouh Jr. will be a big part in Lob City’s effort to limit Sam Clifford and Brian Heston in the Finals. Nuri Mahmoud also took a challenge of defending Gian Avedisian in the Semifinals, and he did well on him even stealing the ball from him twice. Mahmoud could also potentially be seeing a matchup with the Werewolves’ primary ball handlers if Cody Crawford is once again limited.

Crawford will be a big impact player in this game if he is able to go, as he played one stretch of minutes last week nursing an injury. Crawford is the point guard and a key leader for this team, in a matchup of this magnitude his presence will be substantial. In what is usually a significant advantage in their favor, Lob City’s size matchup will be tested. The Werewolves led the Legacy Leagues in total rebounding with Brian Heston, Sam Clifford, and Conor Harrington controlling the glass.

Lob City’s key to a win against the Werewolves will be limiting their turnovers. In their Week 4 matchup, Heston was able to capitalize with six steals in a narrow three-point loss. Colin Burns has been a key scorer all year for Lob City and a lot for teams to handle in the paint. This team is confident and showed it with a dominate fourth quarter in the Semifinals. Some role players to watch will be Greg Holt, Nuri Mahmoud, and Carl Lee. Lob City’s depth clearly gives them an edge over the Werewolves who normally feature only six players.

The surprise of the Legacy Leagues playoffs will play in their second-ever Finals appearance, the Werewolves. They have been led by a two-headed monster all season. They rely on the performances of Brian Heston and Sam Clifford to carry the scoring load for their team. In their Semifinal win over the Duje’s Boys, these two players combined for 60 of the Werewolves’ 68 points.

The Werewolves success has been predicated on their performance on the defensive end. A five-time winner of the Defensive Player of the Year award, Brian Heston is the quarterback of their defense. He had four steals and three blocks against the Duje’s Boys, and he will have to keep that up as well as impact the game in many ways as he usually does. Heston also chipped in with 17 rebounds which will be crucial in keeping the larger Lob City team off the glass.

The Werewolves key to the game will be how they defensively matchup against Lob City superstar Jose Mercado. They will have to limit his opportunity of getting uncontested baskets, as Mercado likes to fly in transition and serves as a constant lob threat. The minutes of Conor Harrington will be huge for the Werewolves. He plays the role of a true big by rebounding and defending the rim, which will be under constant pressure from Lob City.

The Werewolves led the Legacy Leagues with over five blocks per game as a team. The key will be turning those blocks into rebounds for their team and limiting the opposing team’s chances of getting second chances on offense. Gino Forte will be playing as a secondary shooter in this matchup, and he will have to help his team out scoring-wise to lessen the load on Clifford and Heston. The Werewolves want to slow down the pace of this game and play their game. They are at their best with the ball in Clifford or Heston’s hands. Clifford has provided that secondary spark all season. He had 33 points in his team’s Semifinal overtime win.

This game will come down to the play of each team as a whole. Individual play will not be enough for teams that are this polished at this point. The Werewolves have been riding momentum and playing well as a team all season. Their mental composure to push off a last second comeback in overtime against the lone undefeated team in the Semifinals shows a lot about the character and makeup of this team.

Lob City has the deepest roster in the league and their team chemistry is a reason why they led the Legacy Leagues in assists this season. Will Lob City win their sixth championship as a group in this league, or will the Werewolves pull off a second-straight upset and get their first Legacy Leagues title?