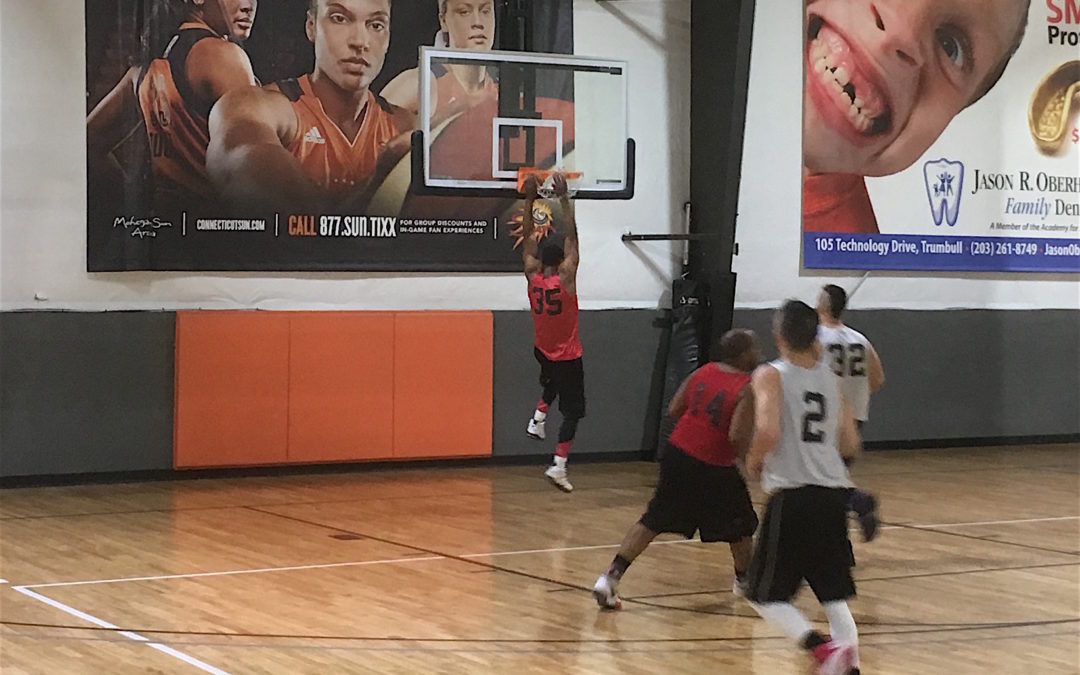 Now halfway through the Legacy Leagues season, The Firm bounced back from last week’s loss and beat The Renegades 64-56 on Monday night. Chris Martinez of The Firm led all scorers with 18 points on 9-12 shooting, wth a handful of points coming by way of fast-break dunks.

Early on the game went back and forth with teams exchanging buckets and stops on multiple possessions. Larry Littles got a bunch of open looks but failed to connect, although he still finished with ten points on the night. The game was tight at the end of the first quarter as The Firm only led by three, up 15-12.

“We started off real slow and sloppy…at least we got the win man,” The Firm’s Rob Blackwell said.

After a performance they would like to forget last week, The Firm showed poise and resolve in their matchup this evening.

“Last week you know we didn’t finish off the game…it looked like we weren’t going to finish off this game but we held strong on defense and didn’t let them get a lot of open shots…,” The Firm’s Ty Drish said.

The second half was when The Firm really started looking like the better team all-around. The game’s tempo only increased as time went by and both teams were certainly looking to run a lot. Markey DesRuisseaux and Dashawn Hall pushed the tempo, getting points in transition, scoring ten and 14 points, respectively for the Firm.

Davin Sirpenski was the Renegades’ spark, hustling after every loose ball and battling in the paint for rebound after rebound. He only scored 14 points on the night but his presence was felt by the Firm all game long. Despite Sirpenski’s contributions and plenty of good scoring chances, The Renegades couldn’t seem to find the bottom of the net.

Next week The Firm squad will take on the Cereal Killers in a great matchup while the Renegades look to taste victory over The Rookies in week seven.