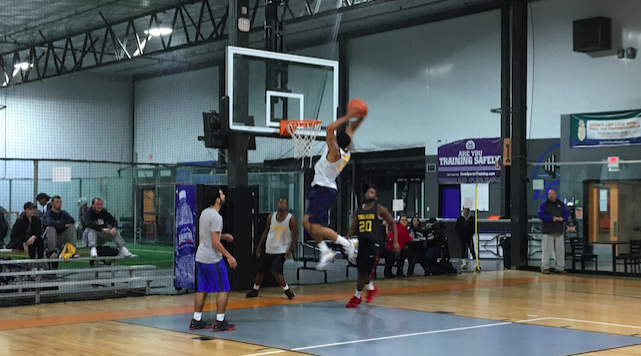 The Brotherhood shot 57 percent from the field, their worst shooting percentage for a game this year, but leaned on their defense to carry them to an 83-52 victory over the Cereal Killers Tuesday night.

League leading scorer Russ Payton only missed three shots on his way to 28 points, including 2-for-3 from deep.

The Cereal Killer’s Adam Samuel poured in 22 more points, raising his combined total over the last two weeks to 67 points. His scoring prowess has been one of the few bright spots for the Cereal Killers in their four-game losing skid.

The Cereal Killers will look to reverse their slide next week against a scrappy defensive squad in the Kekambas, who also only have two wins.

The Brotherhood’s poor shooting night can be attributed to their 3-for-19 performance from beyond the arc. Derrick Davis, normally a sharpshooter, went 0-for-6 from three-point land, but is still shooting 38 percent on the season.

The Brotherhood got off to a slow start, only outscoring the Cereal Killers by two in the opening frame. They will take on Sportslook in week 7 Game of the Week in a highly anticipated rematch of last season’s championship game.

“I told you guys from week 1: we play defense, that’s it. That’s the key,” the Brotherhood’s Jibril Chisholm said.