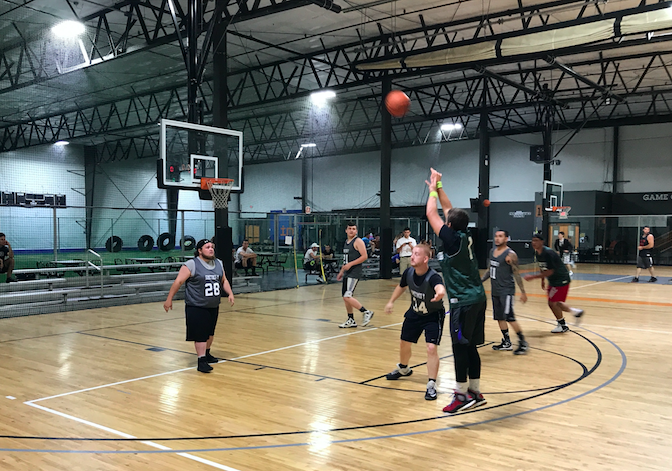 In a dramatic week in Legacy Leagues, Flight Club flew past Sometimes Y in a very winnable game for both teams, 74-58.

Jacob Miller and Sean Good were the spark plugs for Flight Club, adding 36 combined points and shooting lights out from the field. Alex Demeis continues to add a presence down-low that is unmatched by many teams in the league, adding 21 points and nine rebounds.

Sometimes Y had a great performance from Chuck Dannenberg who scored 16 points and five rebounds, but seemed to be the only one who came to play as they fell flat offensively. Shooting 22-of-58 from the field is not going to cut it, especially while being out-rebounded, too. Sometimes Y, falling to 0-6 on the year, looks to bounce back and find a huge first win against a red-hot Flint Tropics team.

“Offensively we needed to give me the ball,” Flight Club’s Dylan McCaffery said. “I got a haircut, new headband, shorts. We’re a new team and ready.”

They moved the ball around and found the open man whenever and wherever he was on the court. With 33 rebounds on the night, they were all over the boards on both sides of the floor and played lock-down D when it mattered the most, outscoring Sometimes Y 17-9 in the last quarter.

“We’re coming for .500 this season, don’t sleep on us,” McCaffery said, ending with a message for the league.

Flight Club has established themselves as a force that could cause someone trouble down the road. We’ll see if they cause some trouble for the Untouchabulls next week.