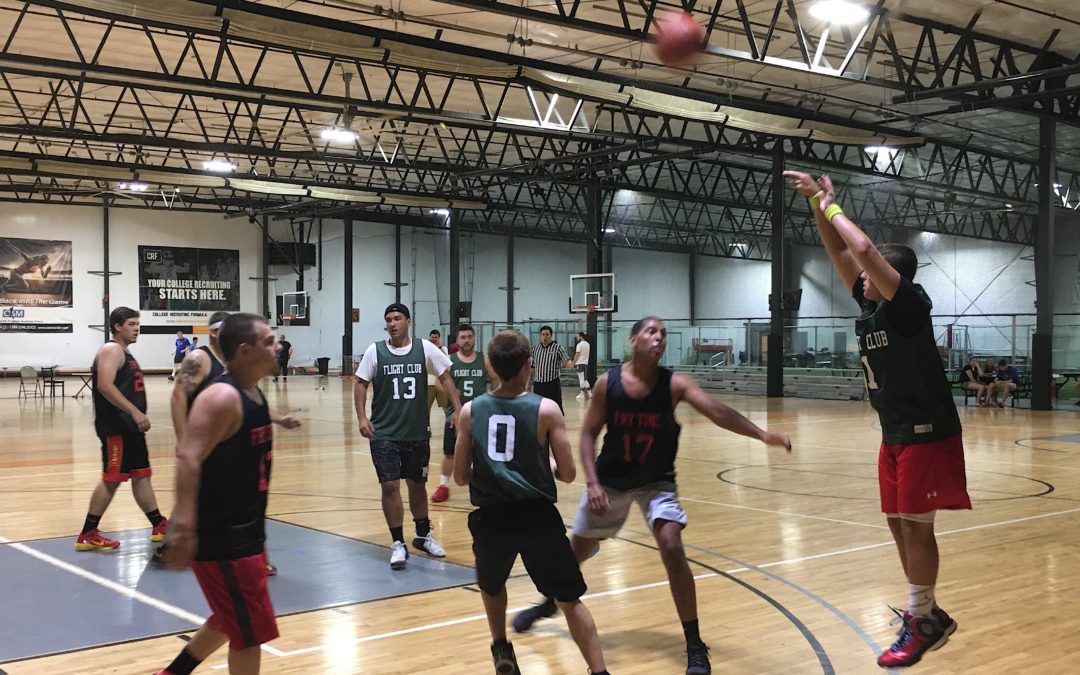 In a Week 5 matchup featuring the best fan base in the league, youngest roster and little defense, Flight Club easily beat Fry Time, 74-57.

“We just tried to get the best looks with the ball we knew we were faster than them we had to run,” Flight Club’s Jacob Miller said.

Miller added 21 points on 7-of-13 shooting from the field for Flight Club, while Dylan McCaffery chipped in 10 points off the bench. Flight Club was running up and down the court while Fry Time was walking back. The lack of effort and hustle was the deciding factor, hurting Fry Time in the end.

Fry Time had its usual suspects perform. Kevin Bott, Jacob Caselli, and Richard Starkey combined for 41 of the 57 team points. They will need more from someone other than those three if they want to make any noise in the league. Depth is a huge key factor in this league and Fry Time will need to figure it out before they face off with one of the deepest teams in the league in STP.

“They were really big so they got some offensive boards but we worked harder than them and did what we had to do,” Miller said. Flight Club did exactly what they had to do especially on the glass against a bigger team who only had one more rebound than Flight. Fry Time needs to use their dominating post presence and height to their advantage in future outings, as one of the bigger teams in the league out rebounding a small Flight Club team 16-15 is not impressive.

When asked what he wants the league to know, Miller said that Flight Club is “coming and ready for the next W,” sending a direct message to The Throne.