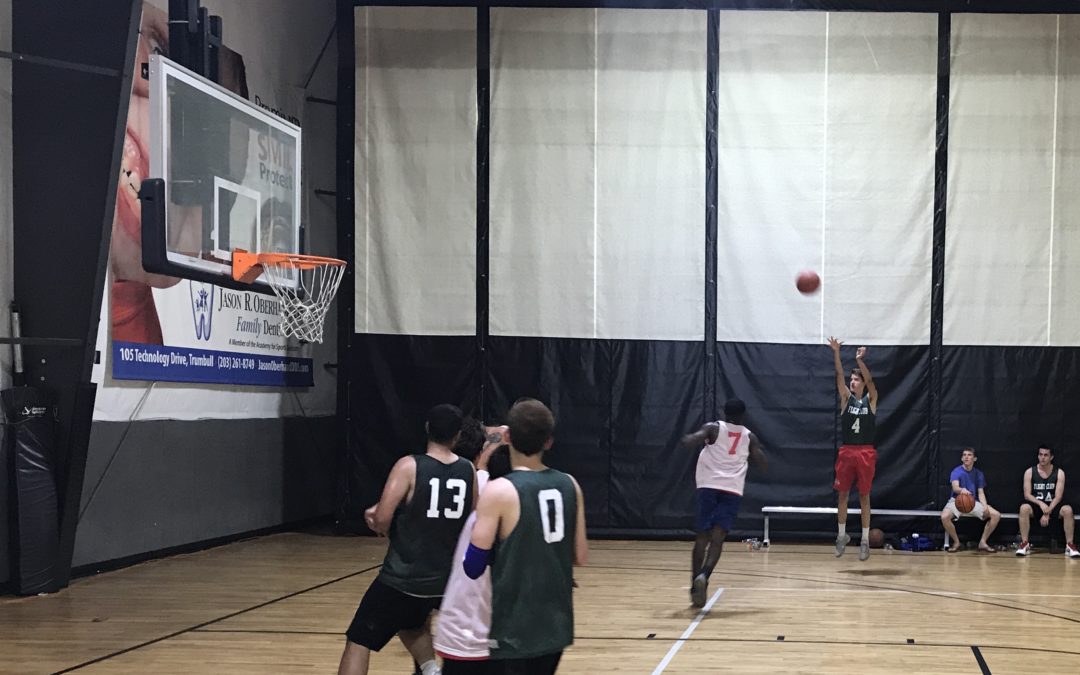 A win is a win, and it doesn’t have to be pretty. That is the first rule of Flight Club.

Despite a 1-for-10 night from the three point line and a plethora of missed dunks, the Flight Club managed to overcome some struggles and pull out a 62-49 win over the Double Dribblers on Monday night.

The box score tells a different story than the outcome. The Double Dribblers shot for a higher percentage from the field, hit more threes and had more assists, yet the Flight Club still managed to pull out a win thanks to some old school hustle.

“We might not be the most skillful, but we make up for it with our heart and hustle.” Flight Club’s Sean Good said of his team’s makeup.

The Flight Club were on the floor for every loose ball and battled on the offensive glass, pulling down seven offensive boards. Three of them came off of their own missed free throws, which kept some crucial possessions alive when the game was still close.

Alex DeMeis carried the offense for the Flight Club with a very efficient night of shooting, hitting nine of his 12 attempts from the floor en route to a 20 point night.

It didn’t look easy for the Flight Club, but they don’t think it will be easy for their opponents either.

“We’ll be an underdog that people should watch out for come playoff time.” Good said after the game.