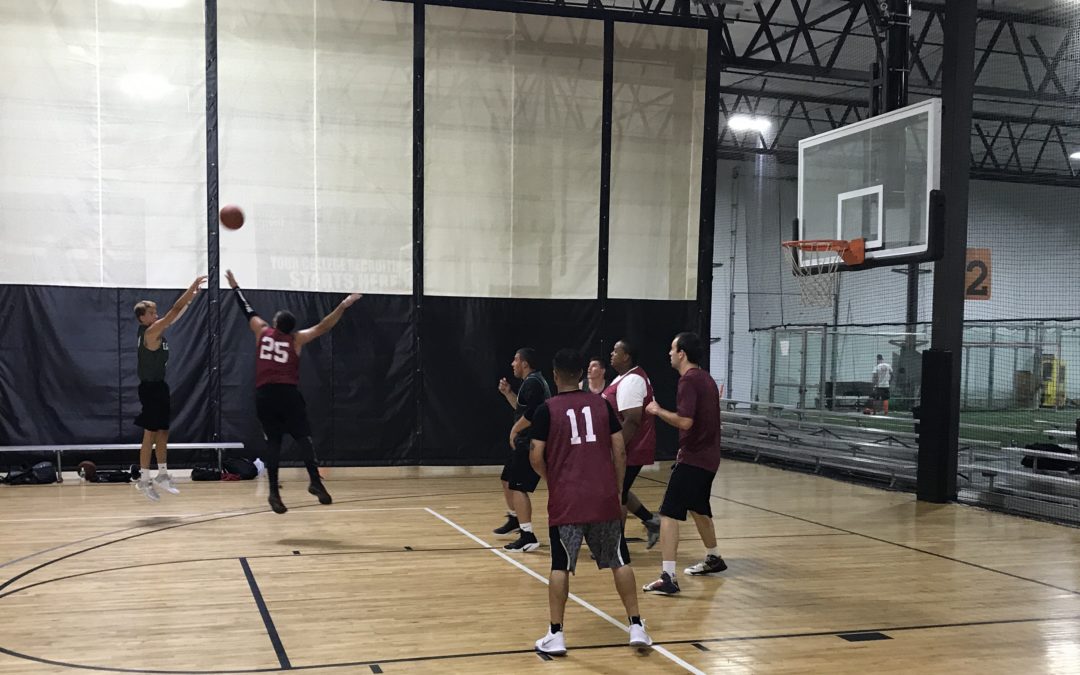 Two weeks ago, the Untouchabulls pulled out a narrow eight-point win over Flight Club despite being without their star scorer Chris Rosario. The two teams met again in the first round of the playoffs on Thursday night in a similar scenario, except this time Jacob Miller had his best game of the season.

Miller filled up the stat sheet with 19 points, eight rebounds and 10 assists to lead the Flight Club to a 60-46 win. The Rosario-less Untouchabulls had no answer for Miller, who was held to just two points when the teams last met in Week 8.

“We played a lot harder this time,” Flight Club’s Brandon Guittard said of this latest matchup with the Untouchabulls. “We hustled, stole the ball, played a lot faster than last time. Last time we played a lot slower, so we picked up the pace a bit.”

Without Rosario, the Untouchabulls were unable to keep up and had trouble finding their shooting stroke all night. The team shot just 2-for-13 from the three-point line and found themselves behind 21-9 after the first quarter. Despite a double-double from Josh Avery, they were never able to recover.

A shortened bench could have played a factor for the Untouchabulls, who were outscored 20-10 in the fourth quarter. Flight Club shot over 50 percent from the field as a team to help pull away, but they will need much more than that when they take on the top-seeded Monstars in the second round.

“The whole league is sleeping on us,” Miller said after the win, as his Flight Club team and their boisterous fans are thinking monumental upset when Monday night arrives.