Flight Club’s three-point frenzy not enough to take down the No. 1 Monstars 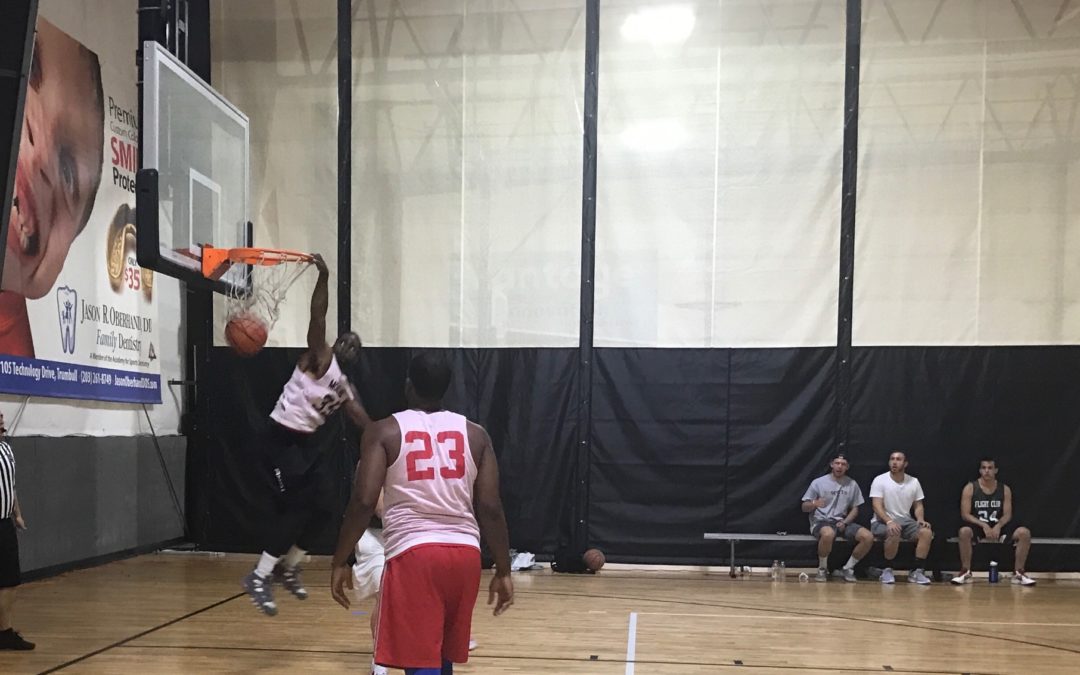 In a game that Fight Club did not expect to win, Jacob Miller’s barrage of three-pointers gave his team some hope that they needed to survive and compete against a top-tier team in the Monstars. But it was the No. 1-seed that came out on top, winning 96-81.

Though the game did not end as Flight club ideally wanted it to, Miller’s 32 points and four rebounds definitely lifted their spirits to close out the season. Miller scored 24 of his 32 points from beyond the arch. His eight three-pointers kept their fans entertained.

Throughout the game both sides were feeling out one another. The Monstars appeared to have taken their foot off the gas to make for a more competitive playoff game, but still managed six players in double digits.

The Monstars will go head-to-head against STP in the Quarterfinals, a team that they have never seen before.

“We never played them so we are looking forward to a hard game,” The Monstars Ty Alston said. “We saw them play a tough game and get a win and it should be fun next round.”