Flint Highlights Ball Movement And Sharpshooting In Win Over Sportlook 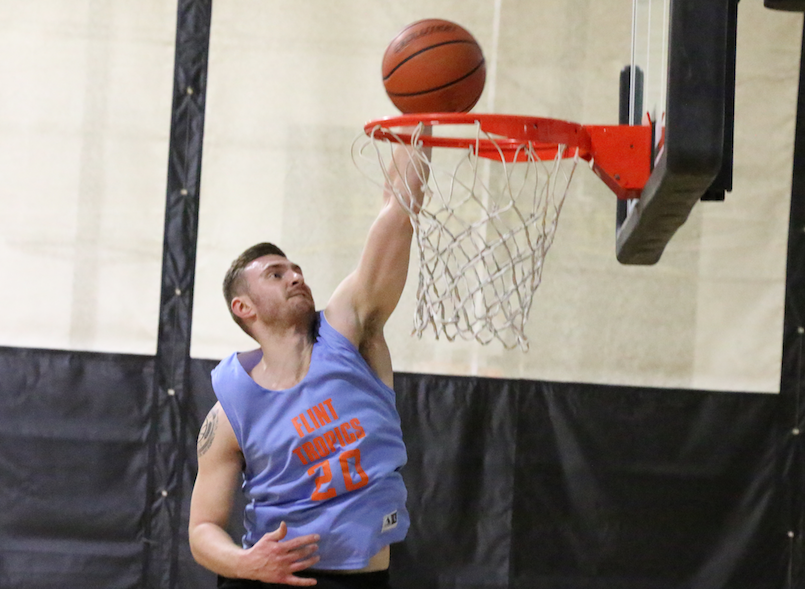 Flint Tropics continued their undefeated streak Monday as the first games of 2019 kicked off for Legacy Leagues. By defeating Sportslook, 63-52, they pushed their record to 4-0 and continued to prove that they are not to be taken lightly.

Flint looked solid on both ends of the court, as they shot 55 percent from the field compared to Sportlook’s 41 percent. As is usual with Flint’s offense, they showed off their phenomenal ball movement and ability to shoot from behind the arc.

Dom Migliaro touched on Flint’s shooting after game saying, “When you got a shooter like Mike Bozzuto, and you got a Mike Druan on your team, it’s pretty easy.”

Bozzuto added three three-pointers for Flint on his way to scoring 16 points. TJ Gianni continued his ridiculous shooting season going three-for-three from distance, adding on to his unheard-of 58 percent from three-point range this season.

Sportslook was led by Jeff Norko, who scored a game-high 26 points. Dan Kokkoros was the only other player to score in double-digits for Sportslook, on a night where the team struggled to put points on the board.

When asked if Flint was the best team in the league, Migliaro responded “I like to think so.” All roads seem to lead to Shocker City for Flint, as the two look to be undefeated when their matchup comes in four weeks.

Sportslook will look to get back in rhythm as they play Gentleman’s club next week.

At two wins and two losses, Sportslook still has a strong chance at a good season. They have proven to be a very physical team in this league, and will bring that physicality in the coming weeks.