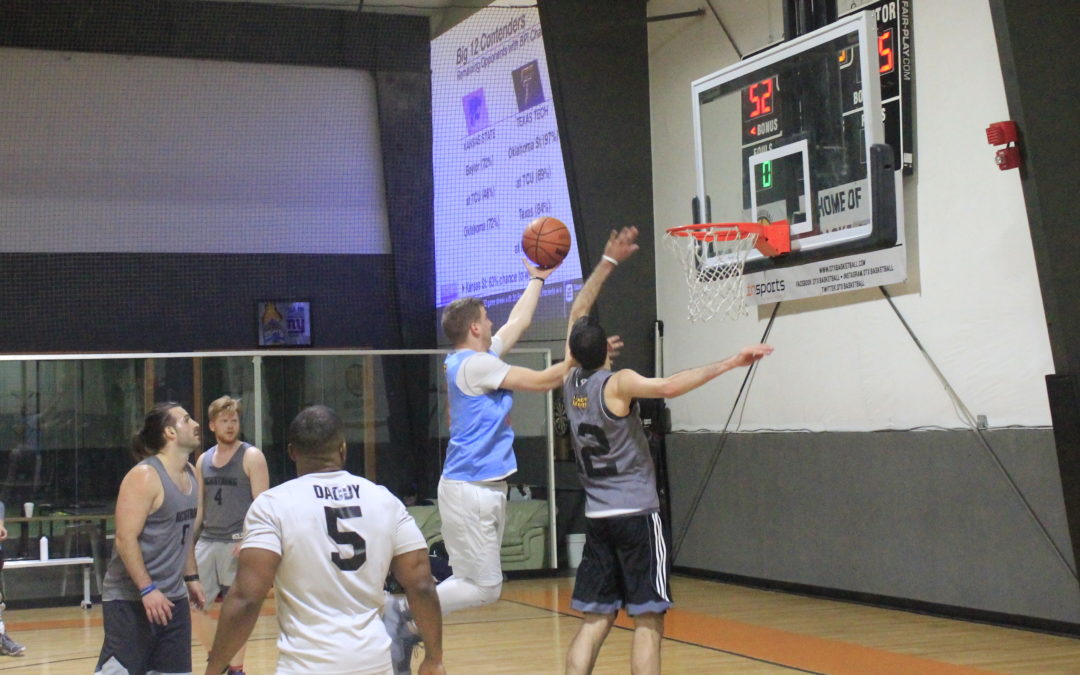 Despite the Flint Tropics coming out to a sluggish start, their bench was able to carry the slack and lead them to victory over NickStrong, 91-59, in the Quarterfinals. Despite the victory, this was without a doubt one of the worst showings by Flint Tropics this year, even though there was the 32-point score differential and the 91 points they were able to score.

The downfall for NickStrong, like many other teams this year, was trying to compete with the depth of the regular season champions. This has been something that Flint Tropics has exploited the entire season and has worked phenomenally well for them to this point. There is no deeper team in the league that they have seen, and it remains to be seen when, and if, that could change.

“We just have to keep chipping away at it, the game’s not over until it’s over,” the Flint Tropics’ Dom Migliaro said. “Hopefully we got some momentum going for next week against TMC.”

“Jackie Moon was threatening the bench that he was going to trade the whole team for a washing machine if we didn’t get this win,” Migliaro joked.

Mike Bozzuto scored a quiet 22 points and was 3-of-6 from three-point range on Monday night, showing a lot of emotion during the game that not a lot of people would expect from the most humble guy on the court. 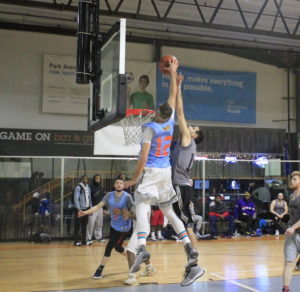 TJ Gianni also was very quiet, but was 4-for-6 from three-point range to the tune of 14 points, while Nick Japs was also stellar off the bench scoring 15 points, shooting 6-for-7 (85.7 percent) from the field, to go along with five rebounds and a block.

NickStrong’s season came to an end on Monday, but they have a lot to look forward to next season. Don’t let their final record fool you, this team is a lot better than what the numbers represent. They are arguably one of the most physical teams, something they would attribute to their football background, and proved that they could go toe-to-toe with the best.

If they can fix their depth issue, they could become a team that would rival Sportslook as the most physical team in the league. They hung around with Flint Tropics for most of the game but were unable to compete down the stretch. Their Achilles heel the entire season was the lack of depth and fatigue setting in late in games, which is what ultimately happened to them last night.

Flint Tropics returns to the court next Monday to face fourth-seeded Run TMC who defeated The Chasers in a thrilling game to secure their first playoff victory. They definitely do not want to come out with the energy they came out with Monday night, especially against this Run TMC team that is hungry for revenge from their regular season loss.