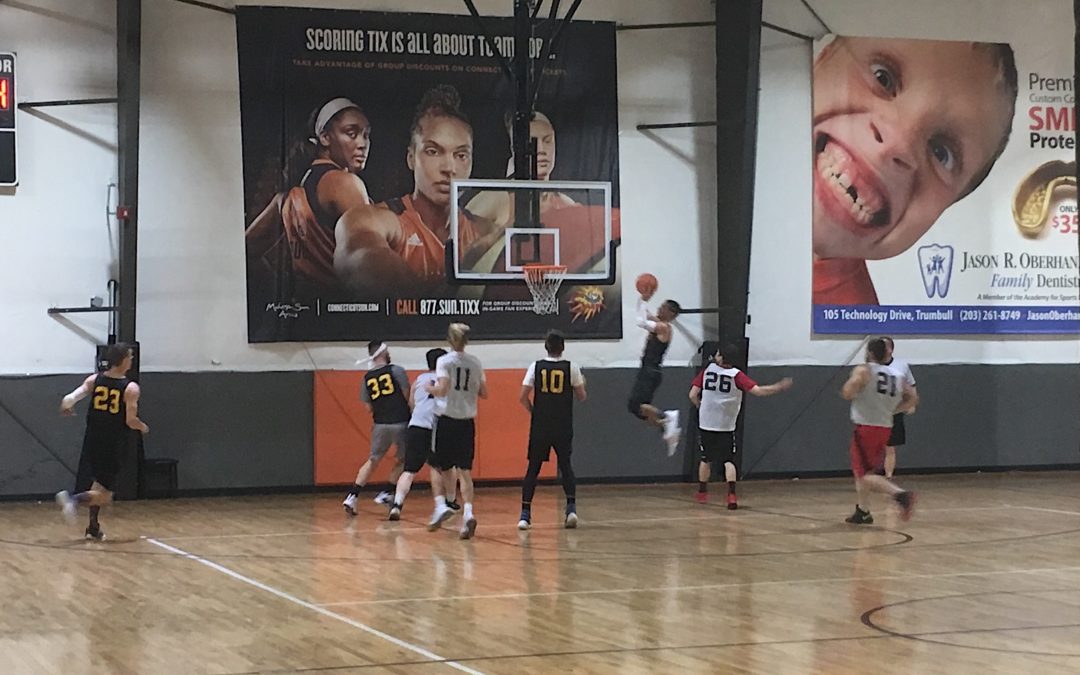 In a dominating performance, Tyler Japs lead his team in scoring with 19 points. He also corralled eight rebounds. Mike Duran, Mike Bozzuto, and Tj Gianni were the other players in double digits for the Flint Tropics.

Duran finished with 17, Bozzuto with 11 and Gianni matching his 11 points. The Flint Tropics also made there presence felt on the glass, grabbing a team total of 47 rebounds, including 13 offensive rebounds. Fry Time just did not have enough hustle on the backboards to keep up with Flint Tropics.

In a sloppy and rusty first game, both teams will look to clean it up in their next week of play. Fry Time will play the Untouchabulls, who are also coming off a blowout loss. The Flint Tropic will square off with Sensual Chocolate in what will be an exciting game lined up for week 2 next Monday.