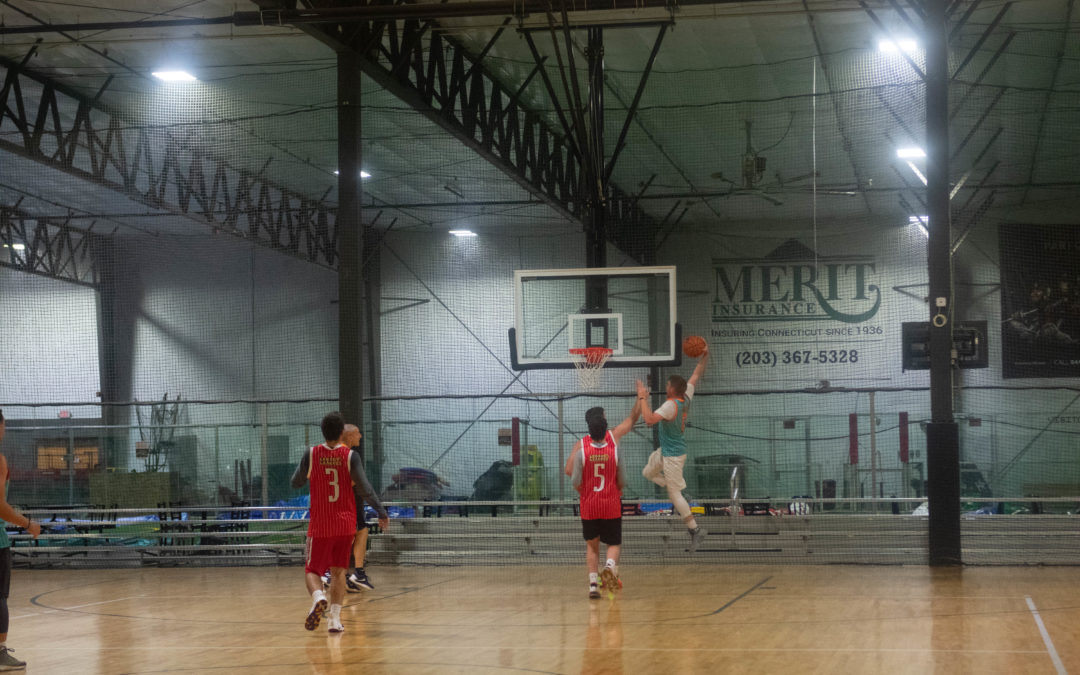 After losing for the first time all summer, the Flint Tropics showed their adversity last night in a big bounce-back win against the Silly Sehnders, 103-67.

“It’s good to get our rhythm back a little bit, everybody looked great today,” Dom Migliario said post-game.

Flint was led by their star Mike Bozzuto, who dropped 19 points and shot 72 percent from the field. Bozzuto showed his dominance on both sides of the ball as he registered three blocks on the night. Migliario thinks his teammate deserves to be named the Most Valuable Player of the regular season for the second time in his career.

“Mike and Nick Japs are two of the best players in this league, so you could really make a case for either one.

Not only does Flint have two stars with Bozzuto and Japs, but Flint utilized every single player on Monday night. Six players on the Flint roster finished the game with double-digit points and had 14 assists as a team on the night. This kind of playing isn’t uncommon out of this Flint team, and it’s a trait that’ll make Flint a really hard team to stop in the playoffs.

“It’s fun basketball, it doesn’t matter who has a good night we are all happy for each other,” Migliario said after being a big part of getting everyone involved in the win with a team-high four assists.

Although Flint looked almost perfect against the Silly Sehnders, Migliario says there’s still tuning up to be done.

“I think we have to be more consistent with our shot, we really haven’t shot the ball well this year, but it’s coming along. I think after a game like this we really get our rhythm back.”

Flint will look to keep the rhythm going next week, as they take on the winless Brick Layers.