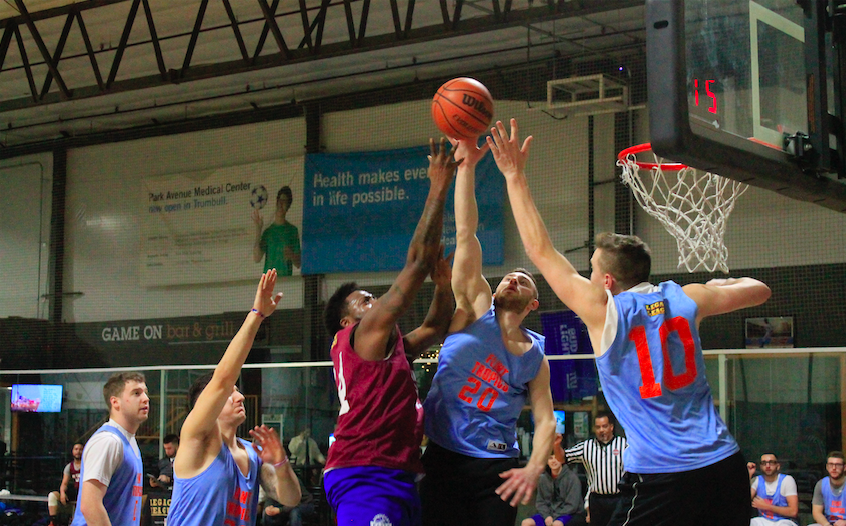 Flint Tropics once again came to play Monday night against a very big and physical team in The Chasers. The Flint Tropics were able to eventually pull out the win over The Chasers, 89-62.

Mike Bozzuto once again was the focal point on offense for the Flint Tropics. Bozzuto tallied 27 points and six rebounds helping the Flint Tropics pick up the win. Nick Japs also had a big night of his own with 17 points coupled with eight rebounds.

Defense was also a huge factor in the Flint Tropics win with the team grabbing 23 total defensive rebounds.

“Just as always, defense, we’re a very physical team and that’s what makes Flint stand out,” the Flint Tropics Dom Migliaro said. “We bring prime defense and it’s what helps us win our games.”

David Armstrong and Dominique Langston both had big nights for the Chasers with Armstrong scoring 21 points and Langston 20 points.

“We wanted to come into every game with the objective to win and trying to keep every team to around 60 points,” Migliaro said.

Next week, the Flint Tropics will take their undefeated season head on against the only other undefeated team in the league in Shocker City.

“This is the game everyone in the league wants, Shocker vs. Flint,” Migliaro said. “We’ve had some Twitter wars, but we’re ready.”