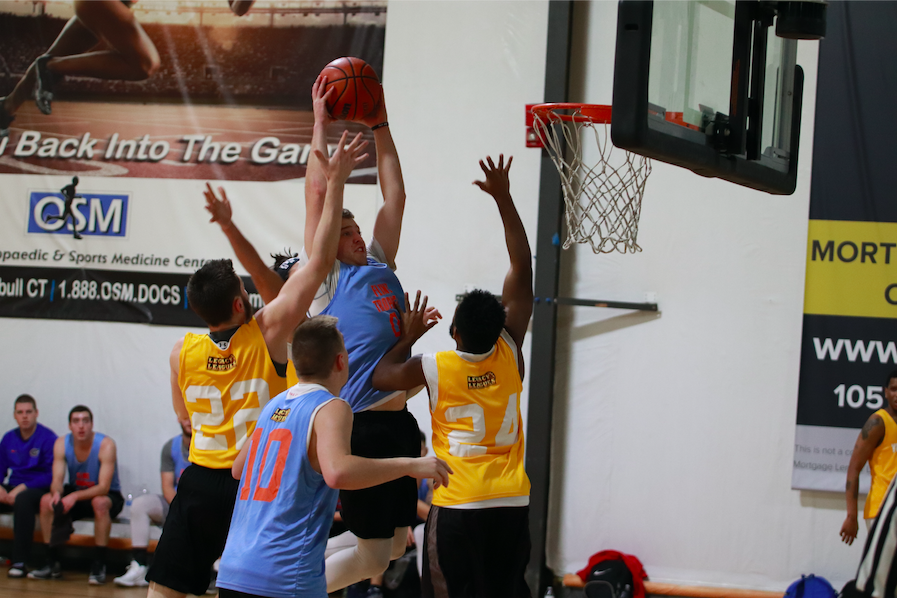 A match up of two very talented teams took place Monday night between the Flint Tropics and the Young Kings.

The Young Kings came into the game 0-2, but had played well against tough opponents in Team Moose and Shocker City. The Flint Tropics came in undefeated and they showed tonight why they should be considered as one of the top teams in the league.

Mike Bozzuto could not miss from three point range. He hit all of his threes in the first quarter, helping the Flint Tropics to jump out a 24-9 lead. Bozzuto totaled six threes for the game, with 24 total points and nine rebounds. Mike Druan added 19 points and six boards, as well.

“If we get it rolling, we are the team to beat” said Bozzuto. as they prepare to face Sportslook after the two week holiday layoff.