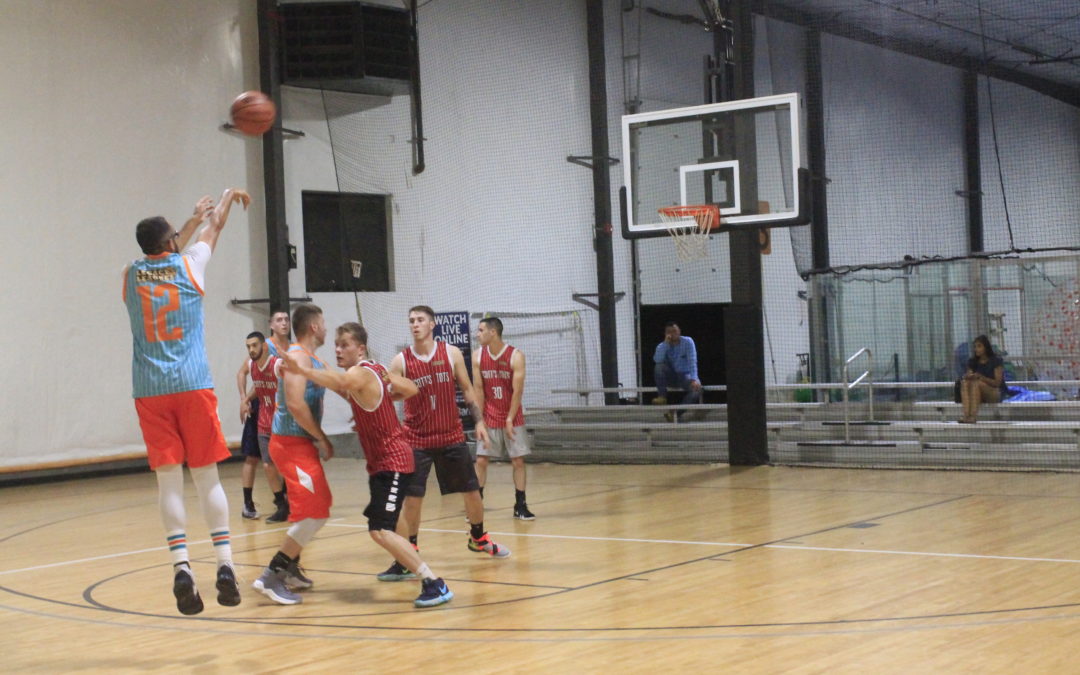 Going into the Summer 19 Playoffs, Scott’s Tots may have just been the hottest team in the league. Defeating Shocker City and NickStrong to close out the regular season, the number seven-seeded Scott’s Tots seemed to have finally put all its pieces together.

After making light work of the Brick Layers in the First Round, this young and hungry team ran into the experienced no. 2-seed Flint Tropics in the Quarterfinals, who defeated Scotts Tots, 67-61, to advance to the Semifinals.

“We expected to be here, but Scott’s Tots are a tough team, we didn’t expect them to play that tough after the last time we played them,” said Mike Bozzuto, the team’s leading scorer who provided 18 points in the win.

From start to finish, this game was a closely contested battle. The Flint Tropics, who had not played a game in two weeks, started this game a bit flat. Maybe it was the team trip to Las Vegas, or maybe it was the fact that they had beaten Scott’s Tots by over 20 points their previous matchup. Regardless, Scott’s Tots jumped on this early advantage.

Led by Kyle Guillemette (23 points), this team really showed that this was not the first season they’ve played with each other. However, after a huge 32-point win in the First Round, Colin Tracy was held to just two points in the Quarterfinals. A big game from him could’ve led to an upset, given the final score.

Although a talented team, Scott’s Tots were no match for the experience and team play of the Flint Tropics. Five of six players posted double digits in points, and the fact that they picked up the win on a less than stellar night shows how talented this team really is.

“This is our fourth season in the league, we have good guard play, we control the ball and limit turnovers,” said Bozzuto.

Although turning the ball over four times, the Flint Tropics controlled the tempo of this game and made shots when it was needed the most. Picking up huge contributions from Nick Japs (14 points) and Matt Cyr (13 points), this team has a potent offense that could also lock you up on defense.

Bozzuto and the two-seed Flint Tropics move onto the Semifinals to take on Matt Marconi and six-seed Sportslook, Monday August 12 at 8PM. Although the Flint Tropics defeated Sportslook by 28 points earlier in the season, Bozzuto and his team are ready for the challenge that awaits.

“We expect to be here, and we expect Sportslook to be tough, but we’re excited for next week,” said Bozzuto.