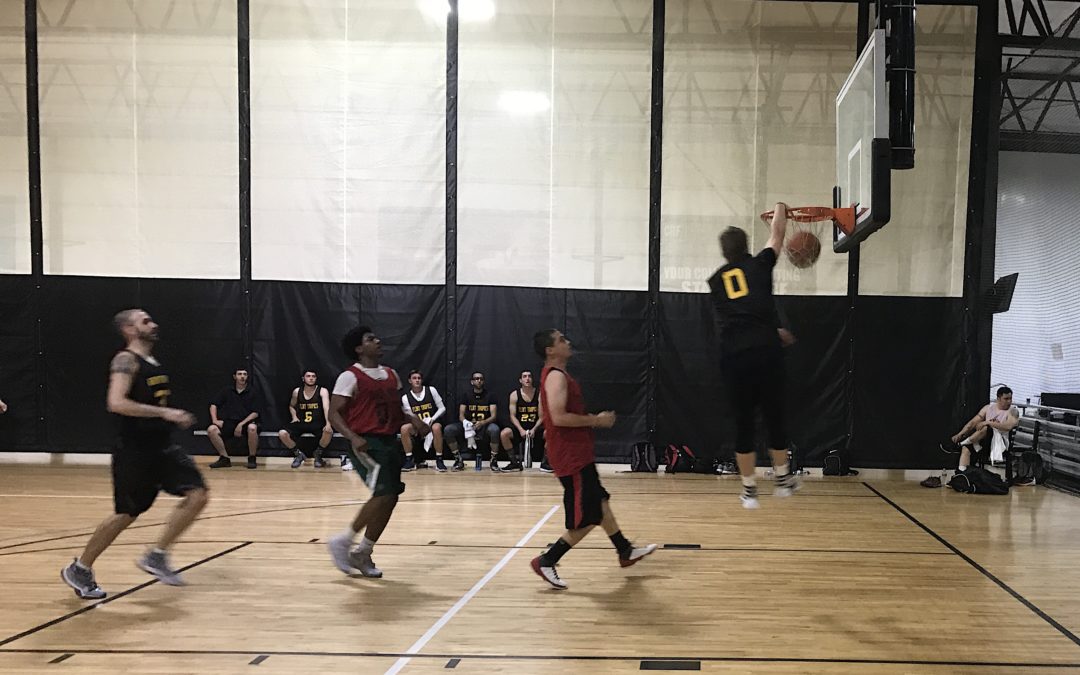 With much of Connecticut under a severe thunderstorm watch on Monday night, the Flint Tropics brought their own tropical storm and brought the rain with an incredible shooting affair to blow past the Bad Boyz, 80-49, to remain unbeaten in their first season in the Legacy Leagues.

The game seemed over within minutes, as the Flint Tropics jumped out to a quick 13-2 lead and ended the first quarter with an 18-point advantage. Crisp ball movement, sharp shooting and tenacious defense were all on display as the Tropics continued to put the rest of the league on notice as a legitimate contender come playoff time.

“We’re still trying to get the respect we think we deserve in this league,” Tropics coach Ron Cyr said after the game. “Tonight, we think we made a statement.”

It was a loud statement to say the least. The Tropics shot 55 percent from the field as a team while slowing the ball down to a crawl on the defensive end.

Mike Bozzuto highlighted the Tropics’ offensive attack with 20 points, and all of them seeming to come in different ways. Bozzuto got it done at the rim, the free throw line and the three point line to pace the well-oiled scoring machine of the Tropics.

The Bad Boyz had a tough day at the free throw line, shooting 10-for-20 as a team. Destin Simmons finished with a team-high 21 points, but it was hard for the Bad Boyz to find other sources of offense, specifically from beyond the arc, where the team shot 24 percent for the game.

The Tropics had no such problems, especially not TJ Gianni, who was 3-of-5 from downtown and 6-of-8 from the field to sum up the Tropics’ offensive efficiency.

The Tropics took a commanding 25-point lead into halftime and went into cruise control the rest of the way. The team used the fire of doubt again this week as they were not fans of the 7.5 point spread that opened hours before tipoff.

“We took that as a slap in the face,” Cyr said of the narrow edge to the Tropics.