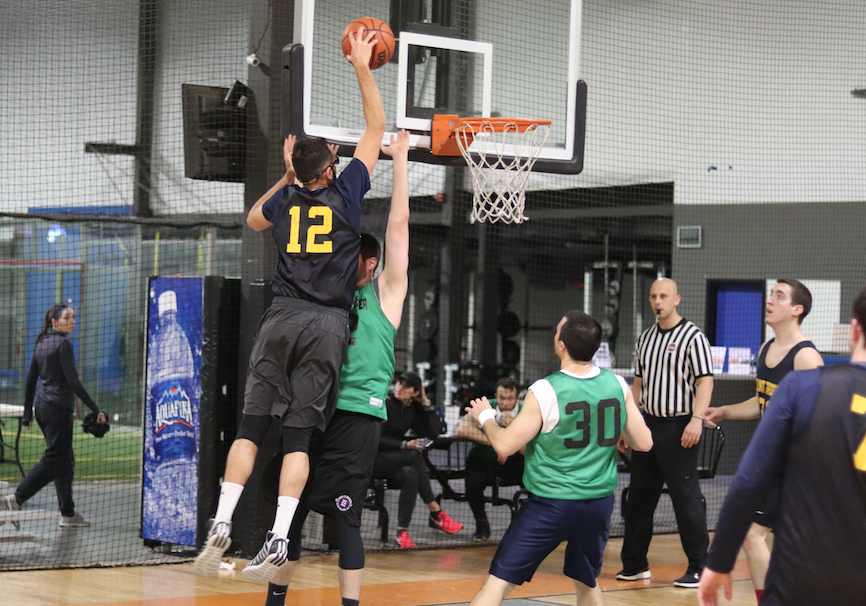 Monday’s game wasn’t quite like the 100-point blowout  Stranger Danger suffered against the Flint Tropics in Week 6, but the outcome was no different as the No. 7 Tropics started slow offensively, but finished strong to win an opening-round matchup against No. 10 Stranger Danger, 77-56.

Flint held their opposition to just 17 points in the first half. Credit their aggressive style of defense to their victory not only tonight, but for the entire Winter 18 season

“Defense has always been our thing, it’s part of the way we win,” Joe Catalina said. “We play ugly games, we win ugly games and we’re just going to keep playing throughout the playoffs.”

Playing with only five guys tonight, everyone on Flint got involved in the elimination game victory. All Tropics were double-digits in points, with three getting double-doubles. All-star Mike Bozzuto continued his stellar regular season into the postseason, recording 25 points and 12 rebounds. Tyler Japs and Matt Cyr had 14 and 10 points with 10 and 12 rebounds, respectively.

They limited the team turnovers to six, which led to no fast break points for Stranger Danger and shows that their ball security is as good as any team in the league and could win them games going forward in this tournament.

Wearing their “Flint vs. Everybody” t-shirts, it looked that way tonight as they cruised into the quarterfinals.

Stranger Danger’s injury-riddled season comes to a close with a game they never gave up in. Matt Zocco had 29 points to go along with 11 rebounds. Stephen Castagna got a double-double with 10 points and 10 rebounds. Stranger Danger goes into next season with a chip on their shoulder looking to earn respect within the league.

Flint Tropics get a matchup with the No. 2 Blue Devils tomorrow night in the Quarterfinals.

“Tough team, they better be ready though,” Catalina said. “We’re going to give them everything we got.”