Flint Tropics rally late to eliminate Redemption from the playoffs 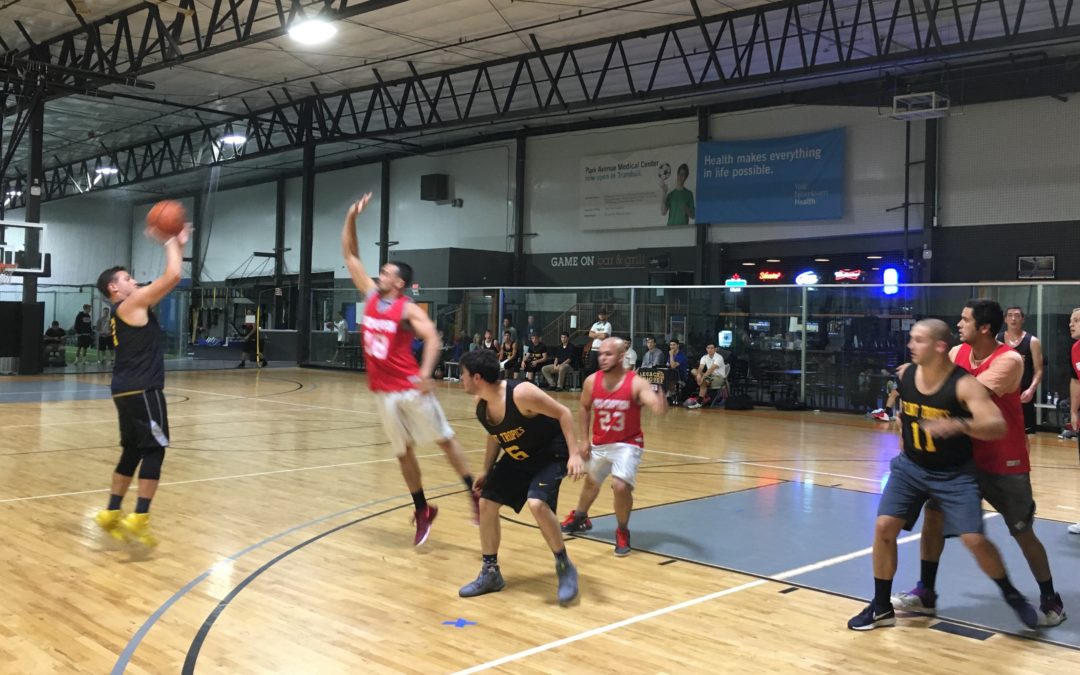 Despite being one of the league’s most promising teams this season, the Flint Tropics were surprisingly a trendy pick to be upset in the Second Round of the Summer 17 Playoffs. Once again, the Flint Tropics showed up with a chip on their shoulder, defeating last season’s runner up in Redemption, 55-52.

The Flint Tropics were without their team’s best player Monday night, Summer 17 All-Star Selection, Mike Bozzuto. Bozzuto has been the Flint Tropic’s most reliable option on the offensive end, averaging over 21 points per game. His absence meant that the Flint Tropics would once again have to utilize their deep bench in order to pull out a tough win over an experienced lineup.

It was a truly well-rounded performance from the Flint Tropics, finishing the game with three scorers in double digits. Mike Druan led the way, scoring a modest 15 points en route to the victory. No numbers will jump off the stat-sheet when analyzing this box score, essentially because it was a low-scoring battle between two sound defensive teams. In the end, the Flint Tropics just came up clutch in the games biggest moments.

As for Redemption, their season officially reaches an end after entering the season with such high expectations. Redemption fought hard the whole game, and even had an opportunity to tie the game on a last second three-point attempt from Christian Terrell. Despite coming up just short, Redemption showed a lot of heart and played with intensity all season long.

With no Bozzuto, Redemption had a clear advantage in terms of size, yet failed to capitalize on the opportunity. The Flint Tropics actually out-rebounded Redemption by six, an area that proved to make a pivotal difference in a game decided by only one possession. The Flint Tropics’ Matt Cyr was a glass-cleaner on Monday, pulling in 10 rebounds.

The win tonight advances the Flint Tropics to the Quarterfinals, where they will face off with the No. 4-seed Team Moose. Each team is composed of a cohesive roster, supplemented with deep benches and unselfish ball movement. Team Moose came out on top in the first matchup between these two teams, so it will be interesting to see how the Flint Tropics plan to adjust now that the stakes are raised.

While Team Moose is the anticipated favorite, the Flint Tropics have proved to be an even more dangerous team when people count them out.