Flint Tropics run up the score on Flight Club 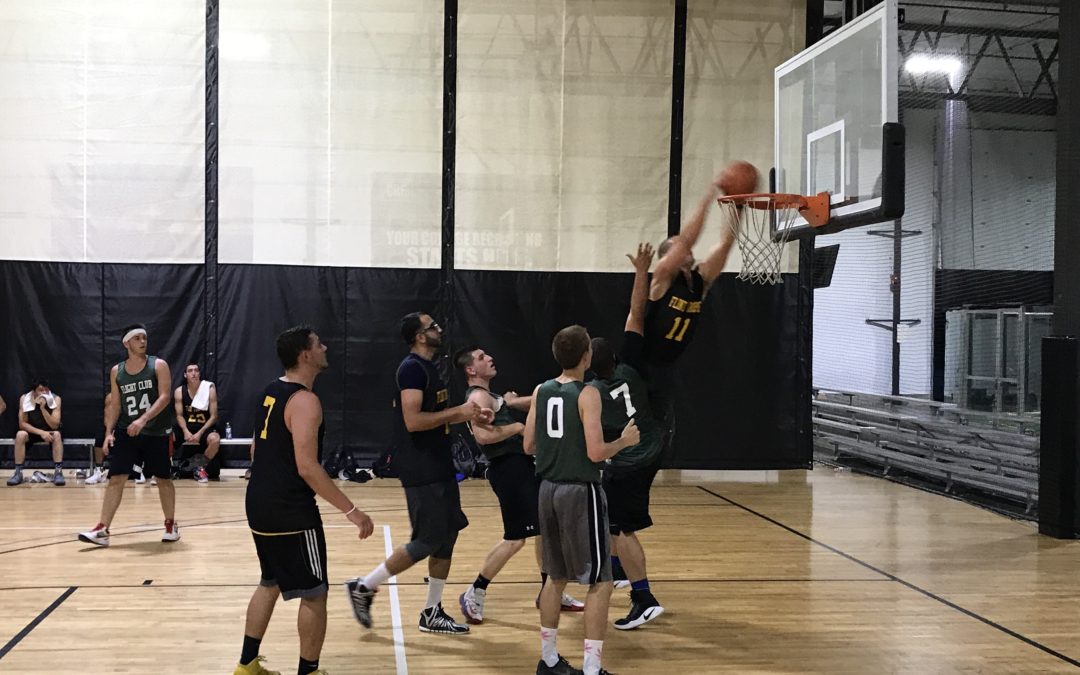 In a game where Flight Club warmed up in their pajamas, the Flint Tropics came and delivered a nightmarish bedtime story as they put them to rest.

The Flint Tropics seemed to be clicking on both ends of the floor, recording 10 assists, nine blocks, and five steals by halftime in a 92-48 blowout win. They finished the game with 24 assists as every basket seemed to come off a good feed, and 12 blocks protecting the rim like guards.

Mike Bozzuto finished with an impressive 31 points and nine rebounds. He got help from Matt Cyr on the offensive end, who added 17 points and seven rebounds to his season totals as their team already looks polished for the playoffs.

“This was an easy game and it does not challenge us for the playoffs, but we are happy we had fun,” the team said collectively after the game.

The entire four quarters Flight Club looked overmatched. They only had two players, Jacob Miller and Brandon Guittard, in double-figures. Flight Club is a new team in the league who brings out large crowds and good spirit so it will be interesting to see how they handle their first opponent in the playoffs.