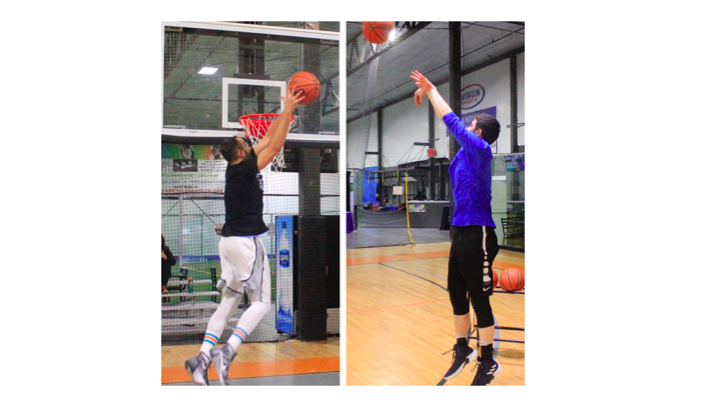 All-Star Night in Connecticut proved to be stacked with Flint Tropics’ victories as Mike Bozzuto won the Winter 19 Slam Dunk Contest and TJ Gianni won the Winter 19 Three-Point Shootout. Despite losing the All-Star Game as teammates on Team Bozzuto, Bozzuto and Gianni were stellar in their respective competitions, with Bozzuto finishing in a close second to Gianni in the Three-Point Contest after posting an incredible 23 points in the first round.

Bozzuto was electric in the Three-Point Contest, but Gianni was able to edge out the league MVP in the final round.

“Feels great. Me and Mike went in wanting to have fun and we had a good time,” Gianni said.

He was able to defeat the likes of Bozzuto, Davon Pratt and Jason Hernandez of Shocker City, Destin Simmons of Young Kings and Joey Zocco of Run TMC.

Although Gianni was not a participant in the Dunk Contest, Bozzuto put on a show that would echo his MVP-caliber season.

“I was just really hoping I was going to make that last dunk,” Bozzuto said.

He was able to defeat a stellar lineup of Jason Hernandez of Shocker City, Eric Singleton from Run TMC, Kintwon Miles and Chris Leak of Rim Breakers and Legacy Leagues analyst Myer Segal.

The Flint Tropics were well represented in the All-Star competitions and were able to sweep them both. Although they were upset in the Semifinals of the playoffs by Run TMC, they now have a chip on their shoulder if they return for the Summer 19 season on June 3.