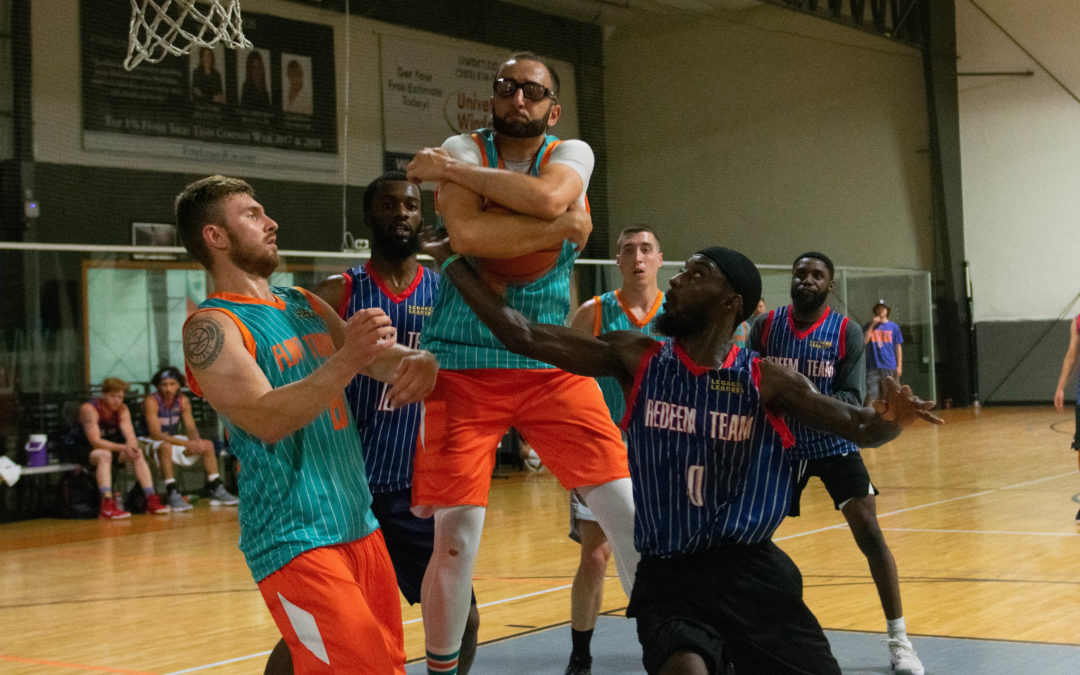 In what was an early contender for game of the season, the Flint Tropics came out on top in a physical battle on Monday night against Redeem team, 59-53.

These are two teams that would love to play each other once again in the post season as both teams were not the best forms of themselves. It would be interesting to see what a second game against these teams would turn out.

Both teams played with a short bench and it had an effect in the later stages of the game as a lot of players on both teams were missing shots that they would usually make if they each had the full cache of players at their disposals.

Mike Bozzuto picked up right were he left off from last week having another strong performance, dropping 24 points on sixty percent shooting. Flint also had a very strong performance from Nick Japs as he contributed 19 points in the victory.

Eric Singleton had a strong performance for the Redeem Team as he posted a team high 16 points.

At points in the game many people thought it was over and that Redeem Team would seal it in regulation. However, Flint refused to quit and hit clutch shot after clutch shot down the stretch. Coming out in overtime and hitting the first shot was huge for them as they gained the momentum.

Bozzuto said this is a team he is looking forward to playing again later in the season.

“We didn’t shoot well at all and those are one of those games were you gotta battle to win,” Bozzuto said.