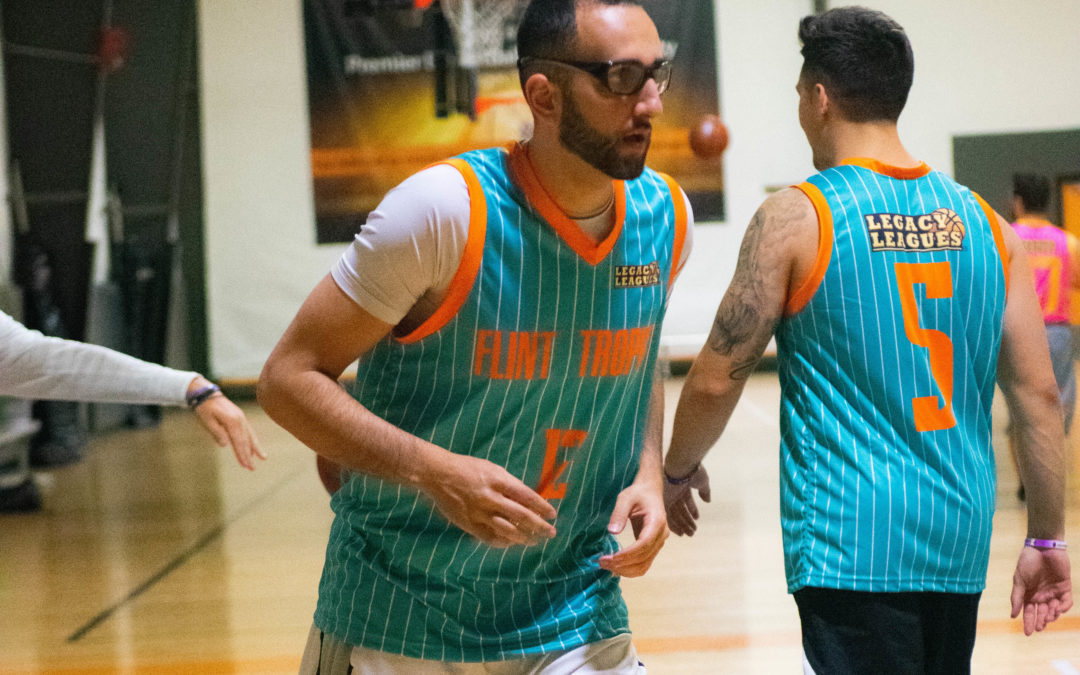 It was not the prettiest of games to say the least, but Flint Tropics defeated NickStrong, 80-65. Opening night of the summer 2019 season showed both teams definitely had a lot of rust, but the more talented Flint Tropics, who are hungry to win the title this year, came out on top.

Flint was led by former MVP Mike Bozutto who scored 20 points on 8-of-10 shooting from the field. Flint had four guys in double figures to balance out the scoring attack.

The bottom line in this game: Flint was more talented and deeper. They have a little bit of everything such as size, length, and quickness–something that will be a tough task for opponents to handle. To go along with that, they are an experienced team. All this was just too much to handle for NickStrong.

NickStrong was led by the usual Vessicchio brothers with Michael dropping a team-high 28 points and Anthony adding 13 of his own.

Unselfishness was key in this game as Flint had 21 assists and just 6 turnovers, while NickStrong had only 9 assists and 9 turnovers.

According to Ryan Caggiano, he wants to see more unselfishness despite all the assists.

“We need to move the ball and ball movement is something we want to get better each week.”

There was some back-and-forth talk throughout this game with the physicality of both of these teams leading to frustration. Caggiano, however, wasn’t feeling threatened by NickStrong.

Flint this season, has their eyes on one thing and one thing only: a championship.

“Championship or nothing,” Caggiano said.

With the depth and experience of this team, that is definitley a goal to have.

NickStrong has another tough task next week with the defending champs Shocker City, while the Flint Tropics take on Redeem Team.