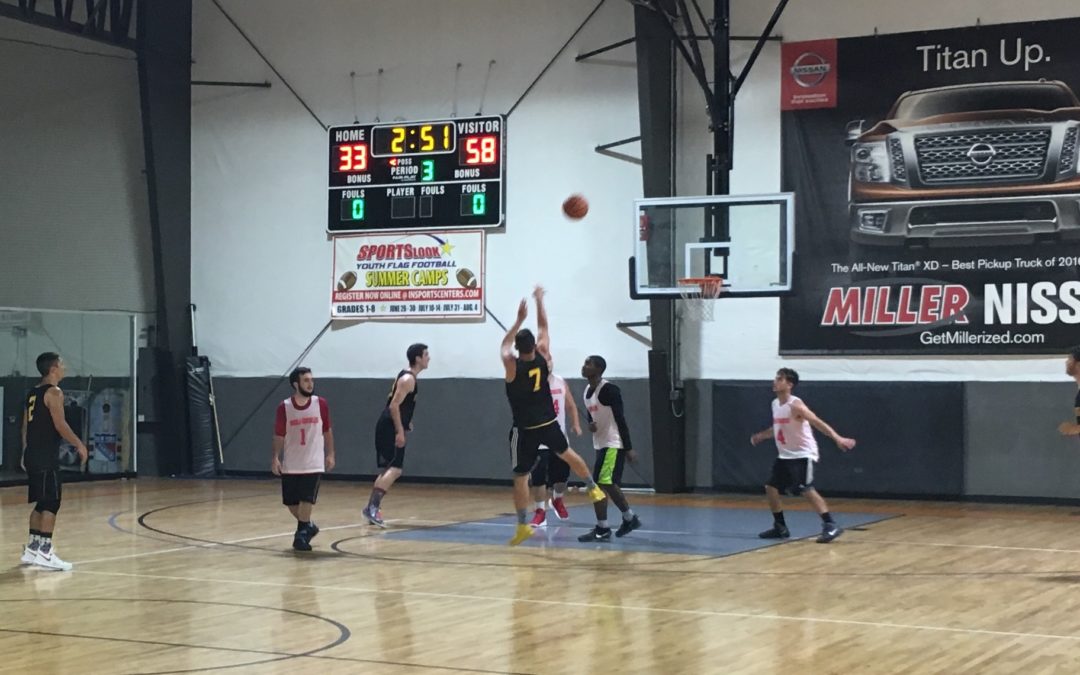 After starting the season 3-0 and catching the attention of the rest of the league, the Flint Tropics lost to a pair of the league’s premier teams, Team Moose and the Monstars, in back-to-back weeks. But Flint relocated the win column Monday night, pounding the Double Dribblers, 91-45, behind double-digit scoring from their entire team.

Normally equipped with a full eight-man roster, Flint only had five players available. Fortunately for them, the Double Dribblers bench was depleted, too, and without the help of their best player, Bernard Brantley, who averages 22.7 points per game this season.

Each player on the Flint Tropics had at least the same amount of points as the leading scorer for the Double Dribblers, Jesse Doucette. He led the way for the Double Dribblers, scoring 16 points and recording three steals. For the Flint Tropics, all five of their players scored at least 16 points, while their top scorer, Matt Cyr, scored 23 points.

While Cyr led the victors in points while grabbing nine rebounds and dishing out four assists, Cody Doubleday put up a near triple-double performance. He scored 19 points, collected 10 rebounds and added nine assists to his stats. His three blocks and three steals proves his performance wasn’t just offensive.

Even though four Double Dribblers scored in double-figures, there wasn’t enough scoring to keep pace with the Flint Tropics and not nearly enough toughness on the defensive end. With the loss, the Double Dribblers remain winless on the season, along with Fry Time and Sometimes Y. They’ll look to compete with the Bad Boyz next week during one of the two 10 p.m. nightcaps.

As for Flint, they improve to 4-2 this season, snapping their two-game skid. With four other teams having identical records, they are currently tied for fifth in the Summer 17 standings. They’ll look to keep pace atop the standings next week when they take on Redemption, a team that’s dropped two games in a row after their loss last night.

“We got our full squad coming back next week,” Doubleday said. “We’re ready to go.”