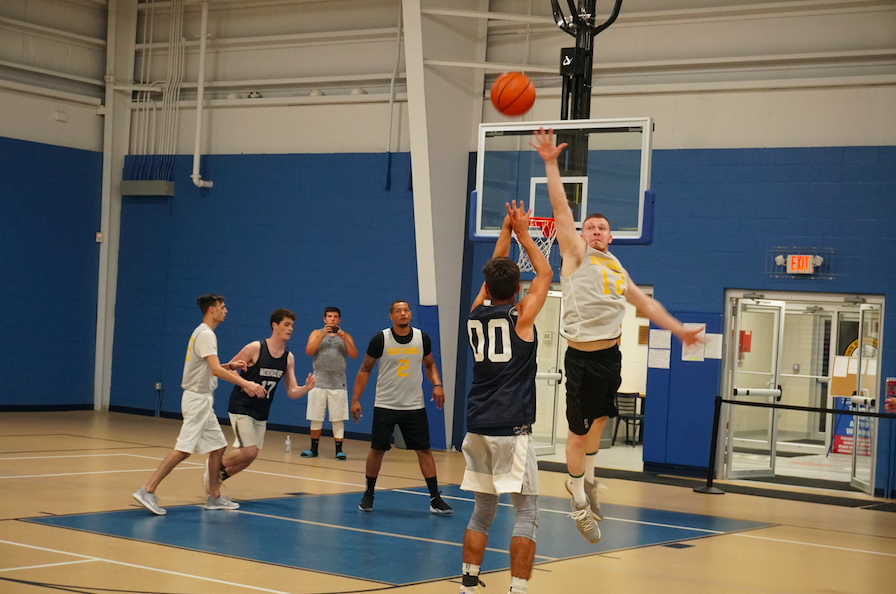 There’s nothing quite like the postseason as regulation wasn’t enough to decide this game, and neither was just one overtime. The Werewolves prevailed over the Bucket Chasers in this electric, double-overtime classic, 63-61.

It wasn’t the best game offensively for the Werewolves, but Brian Heston did everything in his power to win this game as he scored 32 points and tallied 13 rebounds as well. Heston explained after the game how his team adapted to their slow start.

“We never really had a good offense, not going to lie,” Heston said. “We were at maybe 40 points through the fourth, and we just kinda grinded it out, got stops, and got buckets. Timely buckets.”

Heston was the star offensively, accounting for just over half of his team’s points. It was Brad Allen however, who played hero, sending the game into overtime with his clutch shot. Allen only had eight points on the night, but made one of the biggest of the game.

The heroics don’t stop there for the Werewolves, as it was Gino Forte who sunk the shot in the first overtime to send the game into double-overtime. Forte finished the game with 11 points, good for second on the team in what turned out to be one of the best games of the season.

The Bucket Chasers gave it everything they had and just ended up on the wrong side of a stunning double-overtime game. The Bucket Chasers leading scorer throughout the season, Sergio Dalomba, led the team again tonight with 22 points.

Jose Goncalves had a very productive game, netting a double-double with 11 points and 10 rebounds. No one else reached double-digits.

The Bucket Chasers see their season come to an end, but it was a strong first season for the rookie squad. The Werewolves advance to the Semfinals to take on the always dangerous top-seed Boom Shakalaka.