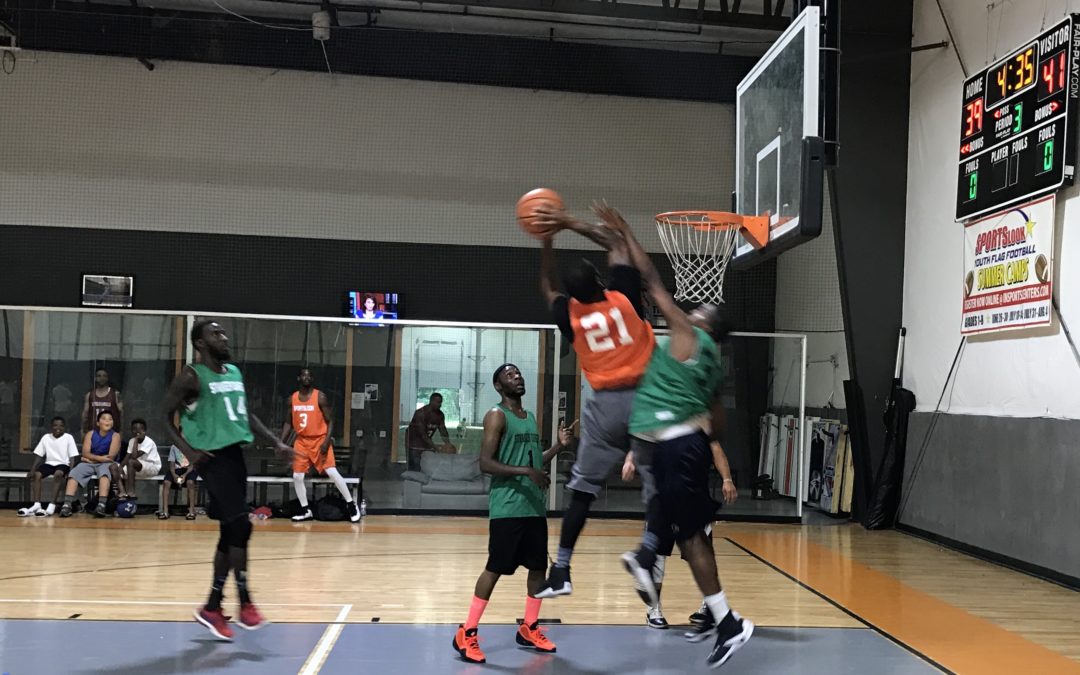 Despite displaying their hunger for offensive possessions with four charges taken as a unit, Stranger Danger’s lack of ball security in the closing minutes was eventually their downfall as they were ousted by Sportslook 76-69.

Stranger Danger’s lack of ability to close out games continues to haunt them this season. With frustration mounting and Sportslook’s lead late in the fourth quarter, Zacarri Graham and Stranger Danger tried to find an answer, only to come up shy.

Stranger Danger is a team that can compete with any team in the league but struggle when it comes to finishing games. Graham recorded a team leading 29 points and seven rebounds taking the load off of Steven Echols and showed the teams depth when it comes to scoring.

Though it was a competitive game throughout, Sportslook ran away with the game in the fourth quarter. Sportslook played a physical brand of basketball and did not hang their heads when they trailed at halftime 33-28. The team came out in the second half firing, spurring an 8-2 run and took the lead.

Sportslook found contributions all around as five of their players scored in double digits while Bryan Acevedo lead the way with 17 points.

Much like the second half of this game, this was an example of two teams heading in the complete opposite direction. That said, at the end of the day both find themselves sitting at .500.