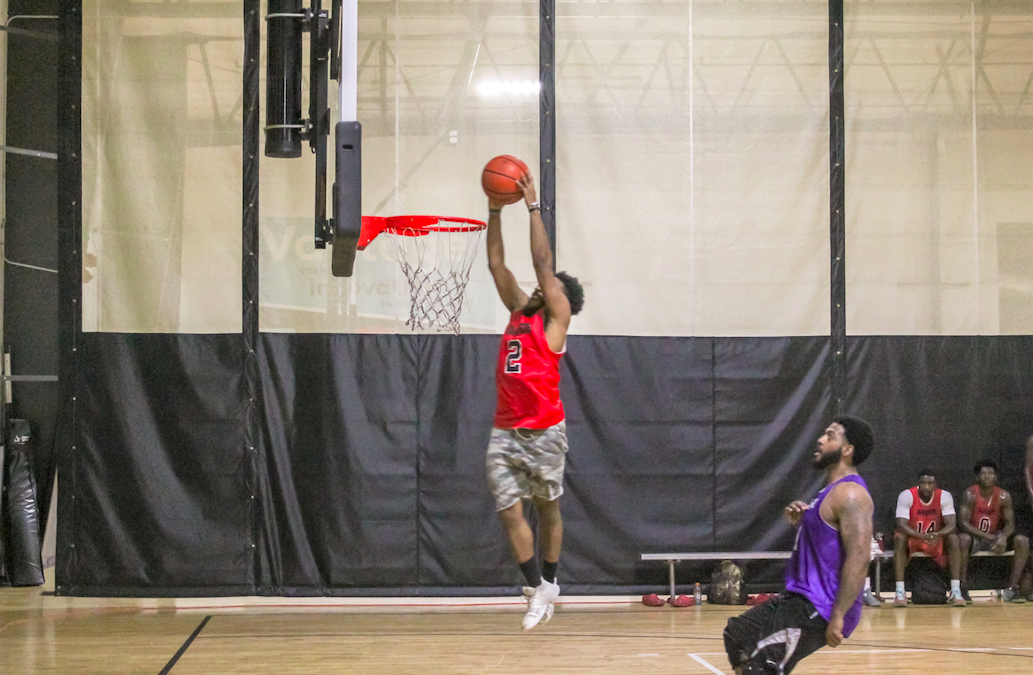 The Rim Breakers used a fourth-quarter push to knock off The Throne, 69-66, on Monday night for a big win in Week 6.

The Rim Breakers came into this week with a 4-1 record, defeated only by unbeaten Shocker City and battled hard tonight against a 4-1 Throne team who was coming off a big win against Run TMC.

“We just had to keep a solid head, they were running us at first but we weren’t having that, we just had to stick to our strengths with our big men,” Fairfax said.

This was a high intensity and fast-paced game from the opening tip as both teams were hungry to prove themselves. The Rim Breakers were all over the glass out-rebounding The Throne, 37-27.

They trailed by two entering the fourth and completely locked down defensively and picked up the pressure on the ball handlers which rattled The Throne. The Throne were missing their key guard in Russ Payton and his absence proved costly for them. The Rim Breakers outscored the Throne 22-16 in the fourth quarter for the victory.

The Rim Breakers had four players score in double figures and were led by Gerald Mclease who notched 18 points on 66 percent shooting. Keivon Turnbull also added 17 points and nine rebounds in the victory, These two have led the way for the Rim Breakers all season.

Jason Hernandez was at the top of the box score for The Throne with 25 points going 5-of-12 from behind the arc.

The Rim Breakers move to 5-1 and look to keep proving themselves to be elite against the 2-4 Blue Devils in Week 7. The Throne fell to 4-2 and will have to bring a big effort in Week 7 against the only undefeated team remaining in Shocker City.

The Rim Breakers will stay determined to move up in the power rankings next week.

“I’m just waiting for us to get our number one ranking like we deserve, just give us our respect, that’s all,” Fairfax said.