From Hardwood to the Canvas: the ‘Joey Bones’ story 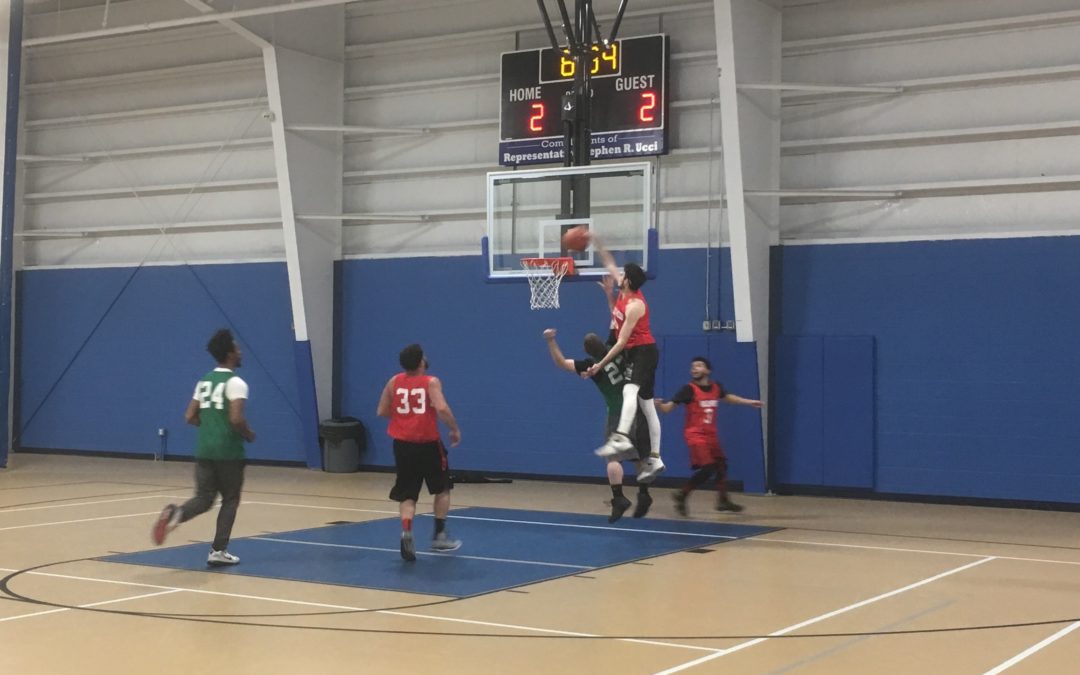 Coro has been playing basketball his whole life, from youth recreational leagues, to middle school, to winning a division championship with North Providence High School. Coro graduated high school in 2014, and stepped back onto the court for the Wild Hogs this past season. He was named a Legacy League All-Star and was one of the better dunkers in the league.

Between his high school basketball days and throwing it down in The Legacy Leagues, Coro picked up another sport: wrestling. In April of 2016, he started training with the Xtreme Wrestling Alliance out of West Warwick, and his first match was a battle royal that October.

“My first match was unbelievable,” Coro said. “It’s hard to explain, but it was electric. It ended up being a 2-on-1, I was by myself and ended up winning.”

Coro, a tall, lanky forward in The Legacy Leagues, has been passionate about wrestling his entire life. But, like many WWE fans, he never expected himself to be in the ring.

“It’s always something that’s peaked my interest,” Coro said. “Like any wrestling fan, at some point in their life they have dreamed of wrestling in a match or holding up the heavyweight championship belt. It’s actually a dream come true, and it’s only the beginning.”

Through his wrestling career, though short, Coro has been able to connect himself with numerous big names in the industry, including Rey Mysterio and Kurt Angle. He promotes himself under the name of Joey Bones, and even has Joey Bones t-shirts marked with a skull. While he is currently wrestling with the XWA, there is nothing stopping Coro from taking a deal with several wrestling promoters nationwide.

So while he is here, Coro likes to translate his skills from the court to the ring. While wrestling and basketball is a unique combination for a dual-sport athletes, he still sees similar aspects between the two that help him succeed in both.

“My athleticism, for one,” Coro said. “Being able to jump like I can certainly helps, and I play basketball for conditioning. It’s similar in respect to the stop-and-go aspect.”

Coro’s leaping ability definitely helps him put on a dunk show week in and week out, and he takes that same skill to the canvas. His favorite move is the double-leg drop kick, which consists of jumping in the air and striking the opponent with both feet.

On Thursday nights, you can find Coro in his element, dropkicking foes and throwing them through tables. The night before, you can find him on a basketball court slamming put-backs and owning every defender he sees. The best thing about it, is Coro never planned on any of this.

“My buddies needed a fill in for a game, so I came,” Coro said. “I ended up having a lot of fun, so I stuck around. And, like I said, I never thought I’d have the opportunity to become a wrestler either.”