Down go the defending champs: Goon Squad eliminates the Monstars in First Round 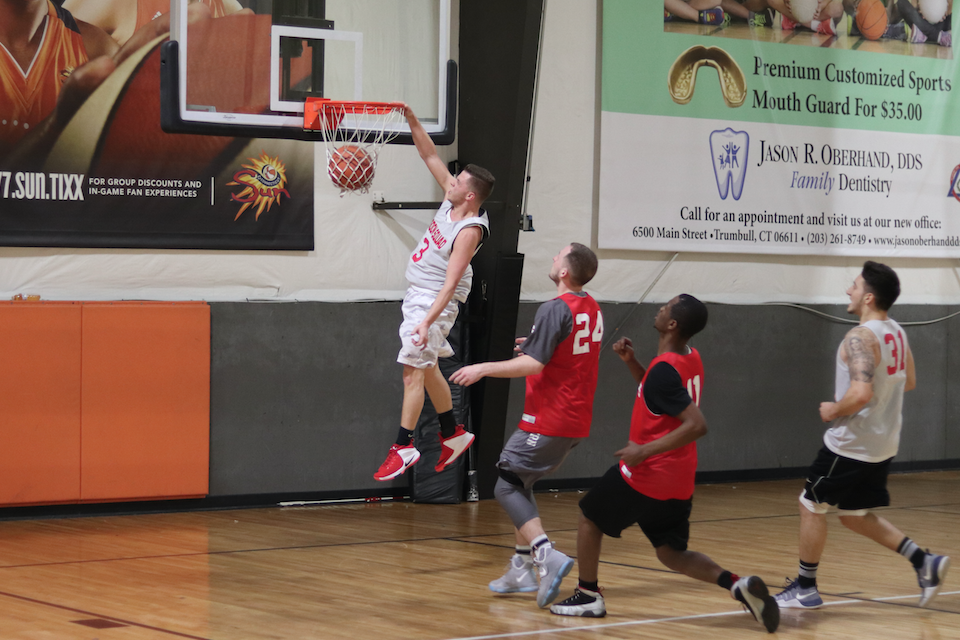 In the First Round of the Winter 2018 playoffs, No. 9 Goon Squad upset No. 8 Monstars—the defending champions—to move on to the Quarterfinals. Goon Squad was on a tear in the first half, outscoring the Monstars, 45- 21. Their offense was clicking on all cylinders.

The Monstars made adjustments at the half and were able to hold Goon Squad to only two points the third quarter. The Monstars outscored Goon Squad 41-24 in the second half, but unfortunately it was too late as Goon Squad cruised on to a 69-62 first-round playoff win.

For Goon Squad, Dom Migliaro, Chris Folsom and Scott Corchard combined for 67 of their squad’s 69 points. Corchard handled the ball and set up his teammates for easy buckets multiple times throughout the game as he dished out 11 assists. Folsom was electric in the paint and led the team with eight boards and four blocks.

For the Monstars, Kintown Miles was off to a slow start, but picked it up throughout the game to lead the team with 23 points, including a 3-pointer buzzer-beater to end their terrific third quarter. Reggie Stewart was able to gain extra possessions for the Monstars by grabbing 10 rebounds to go along with his 12 points. Rullan and Wall combined for an additional 23 points. The Monstars season was filled with ups and downs. They dug themselves a hole early in the game as they came out very slow and sluggish.

The Goon Squad had their foot on the pedal ever since the opening tip off, going up by 10 points early in the first quarter and never looking back.

“Chris [Folsom] won us the game. We rode him and just played together,” Migliaro said.

Goon Squad let the Monstars back into the game in the second half, something they definitely cannot do in their Quarterfinal matchup versus an undefeated No Limit team.

“We have to limit stupid turnovers and play together like we did tonight,” Migliaro said.