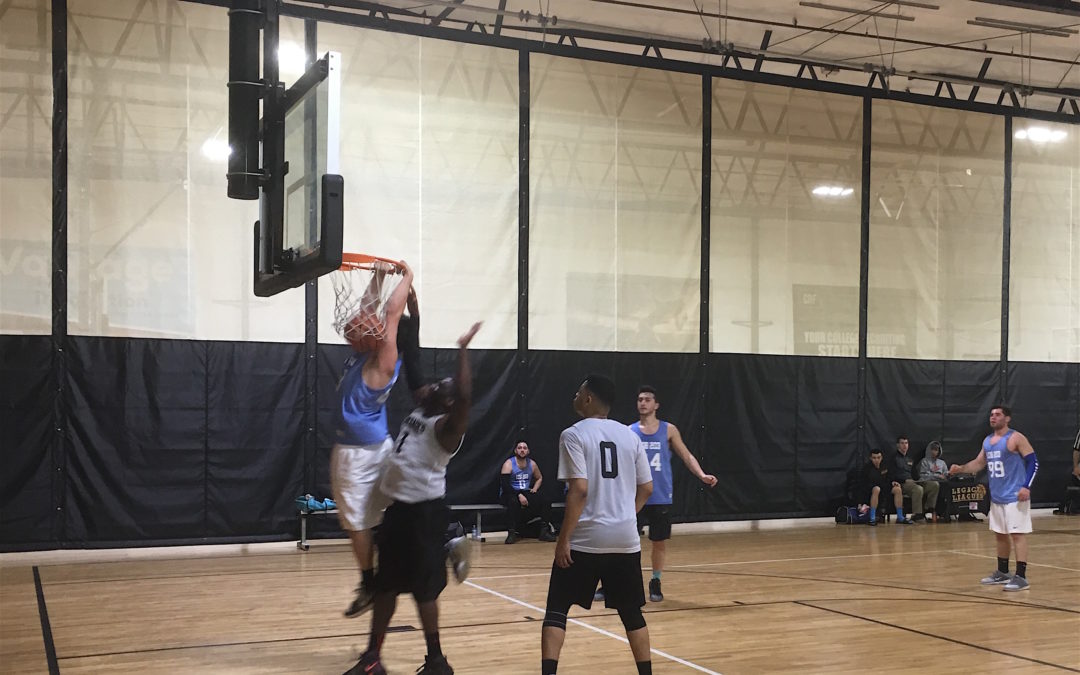 On the last night of regular season play in the Winter 2017 season, Lob 203 got their fourth victory in a row, defeating the Renegades 71-60.

With all 16 teams in the league fighting to gain ground for the playoffs in this last week of regular season play, this game was the most important one for either team. Despite a double-double from Zeek Howard, the Renegades weren’t able to get the job done.

Lob 203 deserves a ton of credit for their performance in this past week. After defeating a high quality Run TMC squad on Monday night, they came right back the following night and gave the Renegades the business.

Andrew Martino led the way scoring 24 points while shooting 10-of-15 from the field. He would be supported by a double-double performance from John Brolet, who had 19 points, on 9-of-13 from the field and 10 boards.

“This was a very important game to finish the season with four wins in a row…we want to pick up a little bit of momentum and get our chemistry down,” Lob 203’s Andrew Sampietro said. “We were down two players tonight…and still found a way to pull off the win.”

For the Renegades, they weren’t able to find any rhythm on the offensive end. Davin Sirpenski played despite battling a back injury, and clearly wasn’t himself on the floor. Howard did most of the heavy-lifting for them, scoring 20 points and grabbing 11 rebounds.

The Renegades end the season on a two-game skid, and with the playoffs next week they’re going to need a full healthy roster to get out of the first round. On the flip-side, Lob 203 will see if their role as Cinderella can play out as they look to feed off of their late season momentum.