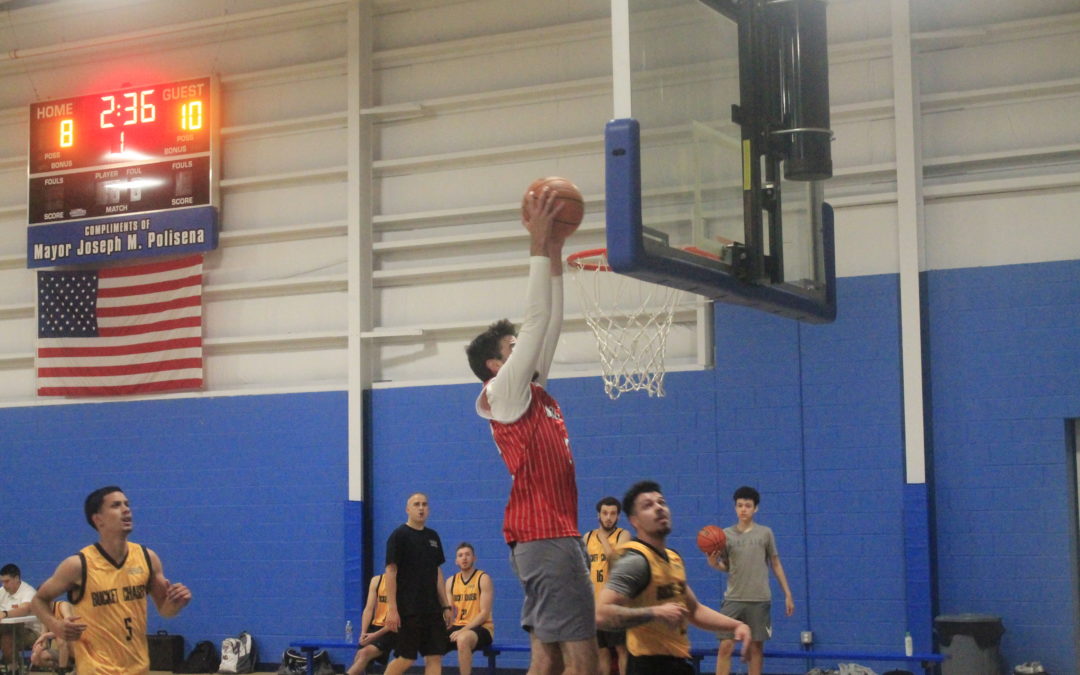 Coming into the season not a lot of people would say that Good U would be one of the final two undefeated teams, but that is the case after Good U fought to a 61-53 win over the Bucket Chasers.

Good U had a tough act to follow as they immediately played after Boom-Shakalaka and Lob City battled it out. Good U showed why they are one of the two undefeated teams after beating another strong opponent for the second game in a row.

This season Good U has been able to overcome their slow starts with strong second quarter runs that usually result with them being up at halftime.

After trailing by two points at the end of the first quarter Good U outscored the Bucket Chasers 19-11 in the second quarter to put themselves up six heading into halftime. Kyle Kelaghan does not know why his team seems to start games slowly.

“I know we always come out super rusty, but maybe we just get a couple of shots up and start feeling it because we’re pretty much a second-half team,” Kelaghan said. “We are pretty much losing at halftime of every game, but somehow we pull away.”

Good teams are always able to overcome the obstacles that are thrown their way and Good U proved they have the depth to handle the absence of players. Without Brendan Degnan, Kelaghan continued to play well as he scored a game-high 17 points while hitting some pivotal shots during the second half.

Not only is Good U’s offense prolific, but their defense is underrated because despite not having a lot of size in their frontcourt they are still able to lockdown their opposition up front.

Last week Kevin Figueiredo had 43 points, but this week he was held to only 10 points on 5-of-12 shooting from the field.

Good U will turn their attention to Island Time next week at 7 p.m. while the Bucket Chasers will play the Werewolves at 9 p.m.

With their prolific offense that has multiple scorers and a strong defense, Good U seems to be for real at this stage of the season with key games against Boom-Shakalaka and Lob City nearing closer and closer every week. Kelaghan is eager to see how his team would do against the other top teams.

“Those are all good teams and it’s our first season in the league,” Kelaghan said. “We’re trying to prove ourselves. I think we just have to play them and see where we land.”