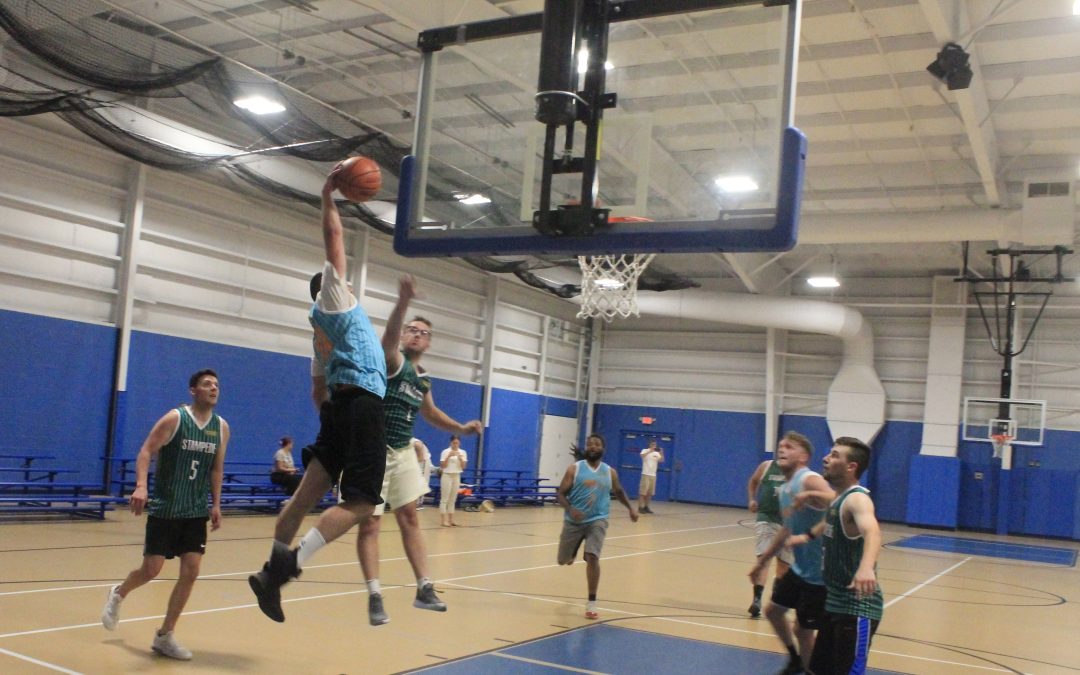 The season opener matchup between Good U and Stampede did not disappoint. With Good U putting up big points from the tip off, they pulled away early in the first half and came away with a victory, winning the game 103-45.

The team started off the game scoring independently, with little assists, but started getting in the groove right before the half and let their chemistry steal the second half. Good U had a lot of players putting up points but the standout player, Randy Gerber, was on fire all over the court, leading the team in points and rebounds.

Gerber had no trouble getting into the team rhythm, even though this was his first game with Good U. After the final buzzer, he gave all the credit to his team, crediting Good U for their ability to “mesh well, and all have the chemistry together.” He had no problem coming in and “fitting in” and “giving them a spark off the bench.”

Gerber credits his success to his pregame ritual at the gym to get him physically and mentally prepared for the fast pace of the game. Good U’s name will ring throughout the courts this season, as their impressive performance will only become more refined when the rust shakes off and the chemistry develops with expectations to “win every game and go all the away.”

Good U has one specific challenger in mind: Lob City. Gerber called out the fellow Rhode Island squad for being the best team in the league based on reputation and claimed Good U is coming for their elusive title. With the season just beginning, and their star performer having limited hours of exposure to the teams’ strategies, it looks like this victory is just the beginning for Good U.