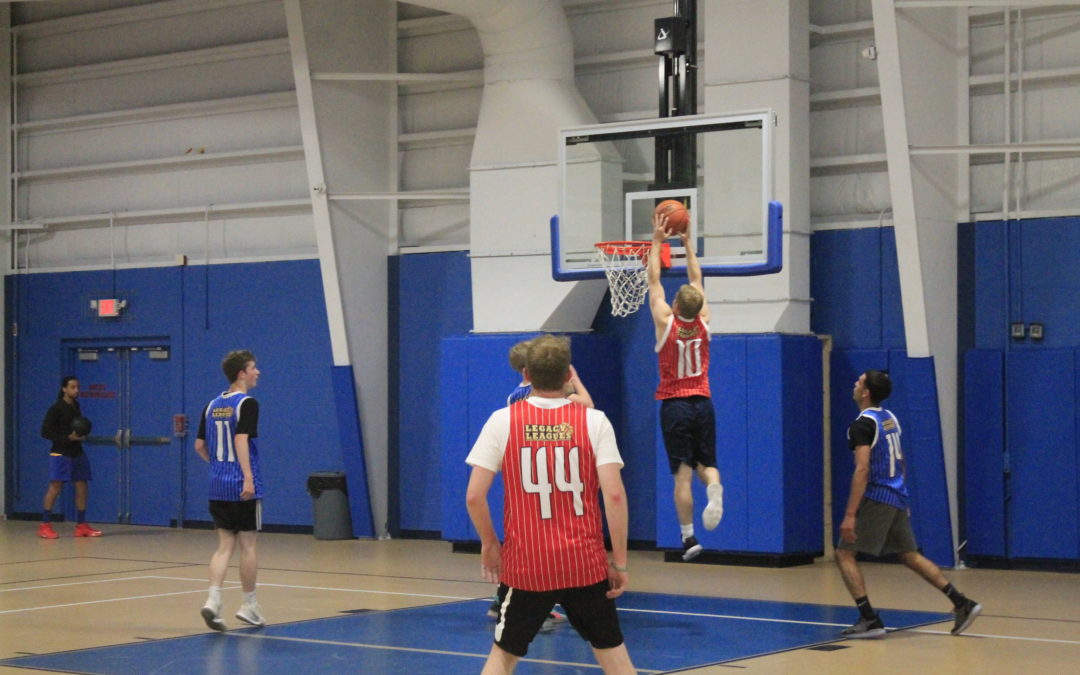 In what at first seemed like a slow start for both Good U and the Ozone Boys, suddenly in the second half the men of Good U came back with new life, and were able to defeat the Ozone Boys, 87-56.

“We had to hit some threes,” Matt St. Ours said. “We weren’t shooting the ball [in the first half].”

Three point shots for sure helped Good U, with the team racking up 18 points in three pointers alone, all made in the second half.

Though the Ozone Boys fell short, they showed some life offensively throughout the game with some impressive dunks. Leading the Ozone Boys in points is Luke Hogan who played an impressive game and is for sure someone to look out for.

The men of Good U of course are ones to watch this season as well. Though St. Ours says their dunking skills may need improvement, from an observer’s perspective, these boys know how to communicate well with one another and know when to pass and when to take their shot – dunking would just be an added bonus.

If Good U plays all season like they did in the second half of this first game, they can serve as a real threat. Good U is a dominant team with the speed and team chemistry to cause a stir in the league this summer.