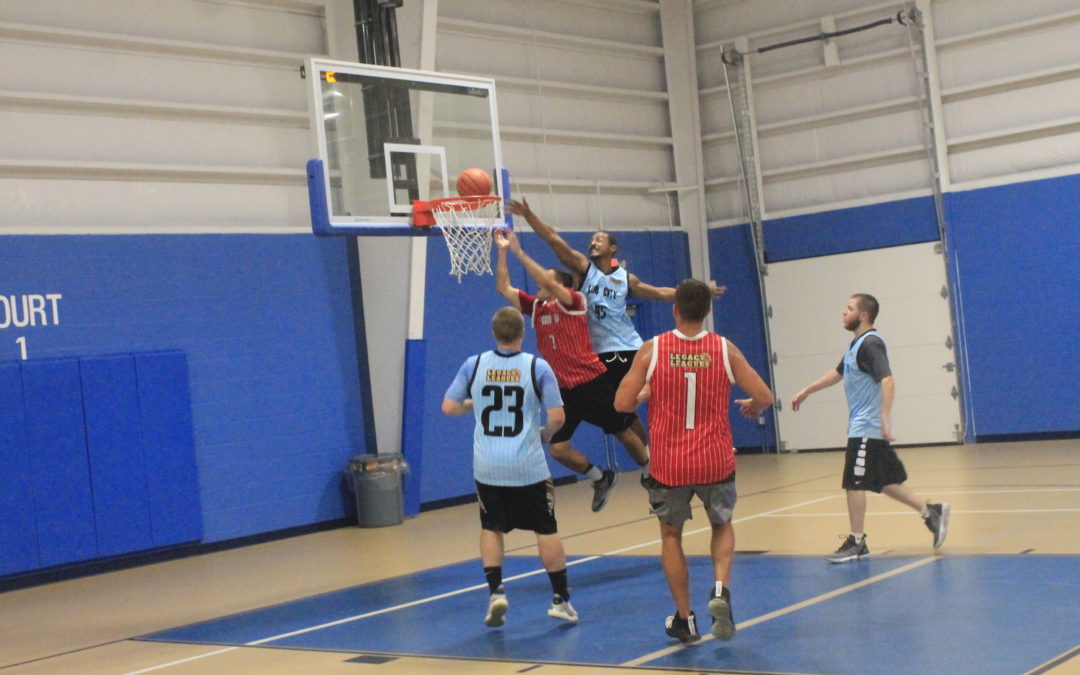 All good things come to an end at some point. For Lob City, their championship run was halted by Good U in the Semifinals, 70-58. Winning four-straight Legacy League championships, which is every season the league has existed in the ocean state, Lob City has by far been the most winning team in Rhode Island league history.

Good U did not back down from the defending champions. All game they attacked on offense and pressured on defense. They moved the ball fluently and had their transition offense clicking. Ryan Palumbo finished with 17 points while Brendan Degnan added 15 points. Both drove in the lane effectively and helped their offense stay a step ahead of Lob City’s defense. Matt St. Ours was effective for them in the fourth quarter and had some critical shots down the stretch.

For Lob City, Cody Crawford seemed as though he could not miss. Unfortunately, the ball just wasn’t in his possession enough as he only ended up with 17 points. As the core to their offense, his smart play and stellar offensive ability ignites this team when others are in a drought.

Greg Holt, along with other Lob City key contributors, just could not find a rhythm. Turnovers and quick shots on offense left them scoreless for periods of time throughout the game. Good U’s defense not once allowed them to be comfortable.

It’s tough to see Lob City go down in such a game. Do not be fooled by the 12-point margin. If they made a couple more defensive stops down the stretch, the game could have ended differently. Yet, it gives Legacy Leagues the chance to crown a new champion.

“Defense at the end of the game,” Brad Van Fechtmann said on what was key to their win, “It’s not an easy thing to do with the amount of firepower they have.”

Good U, a very experienced and one of the most all around teams in the league, look to take the crown. Good U is a team that is not about stats or personal accolades, but instead winning games by any means necessary.

“Just trusting each other, we’ve played team basketball all year. No one really cares about stats on our team. We just want to find the open guy,” Van Fechtmann said.

Good U undeniably has found themselves a recipe for a championship. Now it’s time for them to eat.