Good U exhausts the Boston Blazers to stay unbeaten 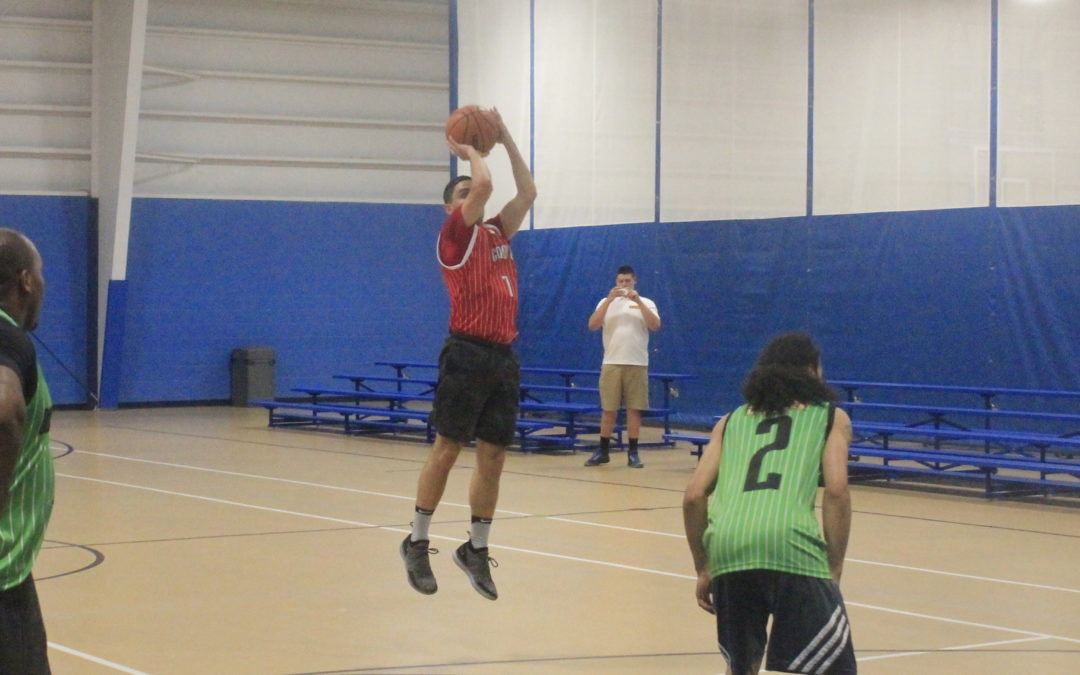 The late game on Tuesday was slated to be a great one, two unbeaten teams with the chance to make a statement. Unfortunately for the Boston Blazers, Good U decided they were making the statement last night when they ran them ragged in a 87-70 victory.

Good U was the slight favorite in this game, but no-one expected it to turn into the bloodbath that it did. Good U came out of the gate hot, and led 45-25 at the half. It was clear immediately that Good U’s athleticism and conditioning was going to be too much for the Blazers to handle for 40 minutes.

“Coming in we knew we were in good shape, the plan was really to get out and run, chuck up some good shots, and play a little defense in the process.”, said the games leading scorer Ryan Palumbo. “They had some big bodies over there, we have some strength running with the ball. We’ll do that any time.” Good U’s ability to push the ball all game left the Boston Blazers looking winded by the second half, and they didn’t have the energy to try to mount a comeback.

Good U boasted a balanced attacked even without Brad VanFechtmann and Matt St. Ours in attendance. Ryan Palumbo scored a game high 29, Nick Messier hit six from deep and scored 25, Mike Bowen had 16, Kyle Kelaghan finished with 11 and Brendan Degnan added eight.

The Boston Blazers just couldn’t score enough to keep up with Good U’s balanced and efficient offensive assault. Jermaine Patterson played a very strong game and scored 22 points, and Corey Strickland was solid adding in 18 as well. Besides that no one else was in double figures of the Blazers, that can’t happen against a team the caliber of Good U if you’re expecting to win.

The Boston Blazers put on a disappointing showing from a team that some thought was one of the best teams in the league, but it’s hard to be too tough on them because Good U has been making everyone look that way up to this point.