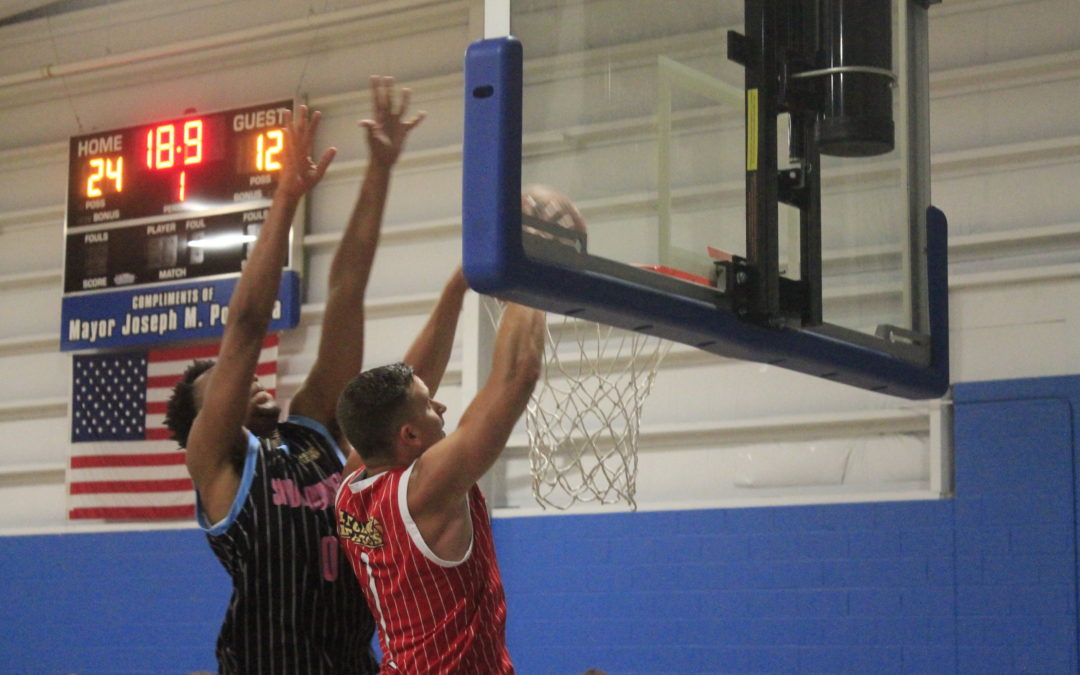 Good U showcased fantastic ball movement and was not bothered in the slightest by the defense of the Shady Dunkers. They were always willing to make the extra pass, or even multiple extra passes, when necessary. Finding the open man each time down the floor led to an extraordinary shooting percentage of 58.7 percent. They racked up the assist totals as they recorded 39 assists, while the Shady Dunkers only recorded 18.

After the game, Mike Bowen commented on the team’s exceptional ball movement, stating that “We just kind of click together. We play well as a team.”

Good U’s ball movement allows everyone to be involved offensively. They had five members of the team ready to go this week, and the lowest scoring member had 19 points. That is only possible through playing as a team. Ryan Palumbo filled the stat sheet with a 42 point triple-double that included 11 assists, and 14 rebounds. Mike Bowen added on 25 points, and Brad Van Fechtmann scored 21.

For the Shady Dunkers, Aaron Gray scored 33 points and Kennsy Marte scored 19. Caleb Harris added on 9 as well. Next week they will face Island Time.

Next week will be the biggest challenge Good U has faced so far. They will try to survive the only other unbeaten team in Boom-Shakalaka.

When asked about facing Boom-Shakalaka next week, Mike Bowen said, “We are not worried.”