Good U stays undefeated in a low scoring, defensive battle 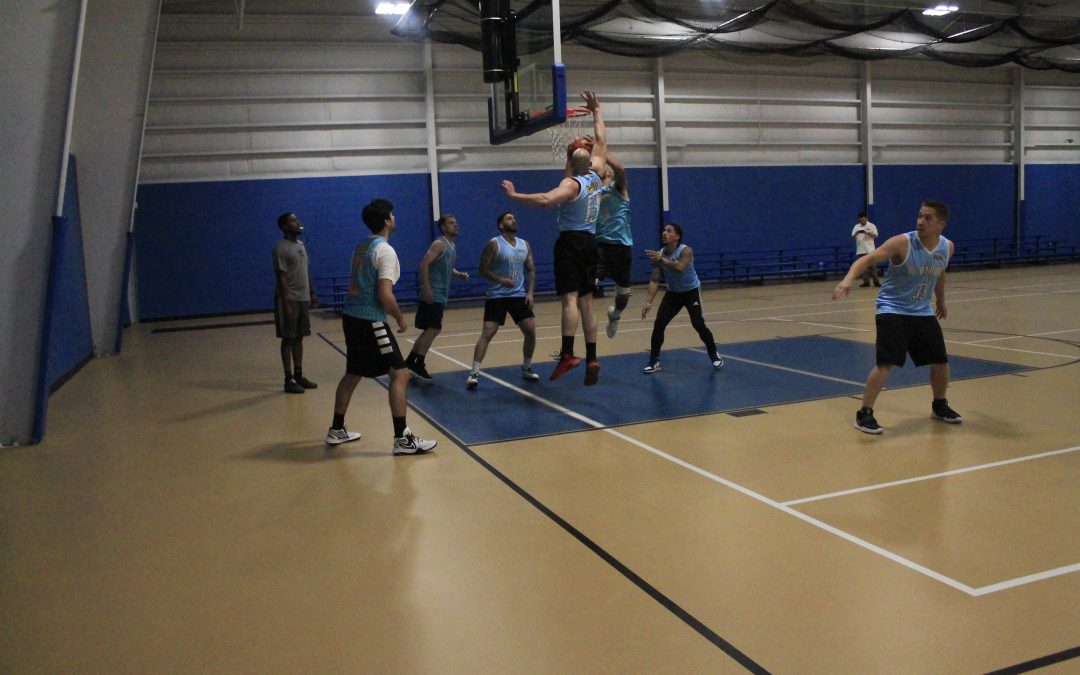 Good U survived in Week 3, narrowing escaping with the win against the RI Warriors, 54-51.

“We won a very close game this week,”  Kyle Kelaghan said. “It was a close defensive battle right from the jump and all they way down to the final seconds. Very happy to pull out a win this week. We are feeling good where we are.”

Fans saw Good U play shut-down defense at the end of the fourth quarter which propelled them to the close win. Good U and the Warriors played a close game, with the largest lead at any point in the game was when Good U led by just 6. Good U knows they will need to play better to remain unbeaten.

“Not turn the ball over so much,” Kelaghan said. “We had some sloppy possessions where we had chances to score some easy points, we were missing a couple of our teammates tonight but we will tighten up and be ready for next week.”

Good U had two players scoring double digits. Nick Messier scored 15 points on 4-of-9 shooting. Matt St Ours scored 12 points on 3-for-11 shooting. Ryan Palumbo scored eight points, but had a key two steals in the game to seal the win.

For the RI Warriors, Charles Correa led the team with 18 points scored on 6-of-13 shooting. Kevin Figueiredo scored 10 points on 5-of-9 shooting.

Good U looks to continue their potential championship run with a matchup against Lob City in Week 4. The RI Warriors look to rebound as they will face Ball Don’t Lie and see if they can get back to .500 for the 2021 season.

When asked about learning who their opponent is for Week 4 in the Legacy League 2021 Summer season, Kyle Kelaghan commented, “We are ready to get after it. Those are our main rivals. We can’t wait to battle it out against them next week.”