Good U wins by double digits in defensive battle against Werewolves 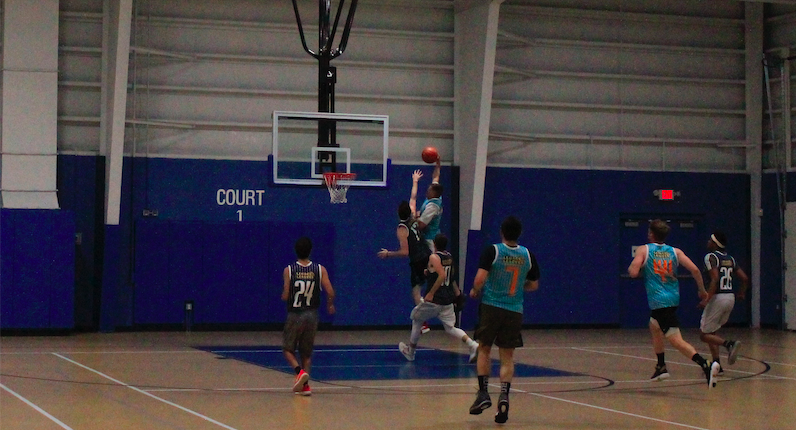 Fans saw Good U play shut-down defense that helped propel them to victory, 72-58 in a close battle with the Werewolves.

“The Werewolves did a good job slowing us down with a lot of fouls, especially with a running clock. We did not play our best game, but we are happy to walk away with a win.” Captain Brad Van Fechtman said.

Good U outscored the Werewolves by 11 points in the 2nd quarter, which helped them to their week 1 victory. In the 2nd half, these two teams finished tied in scoring at 37-37.

When asked about who contributed the most to the win, Van Fechtman commented, “Randy Butler simply because he was a big threat down low and got to the rim; he was able to do a lot from down there.

When asked what Good U needs to do against the RI Warriors next week, Van Fetchman commented, “We have a team where anyone can drop at least 15 points. We need to keep the ball moving on offense and playing lockdown on defense. Communicating on both sides will help us achieve those two things. We don’t know much about [RI Warriors], but we expect them to put up a good fight against us.”

For Good U, this is just the beginning of a potential championship run as they look to improve to 3-0 next week when they face off against the RI Warriors. The Werewolves have faced arguably the best two teams in the league this year, and they have improved big time each week. They will face Ball Dont Lie to see if they can win their first game of the 2021 season.