Good U’s defense pushes them past the Goodfellas 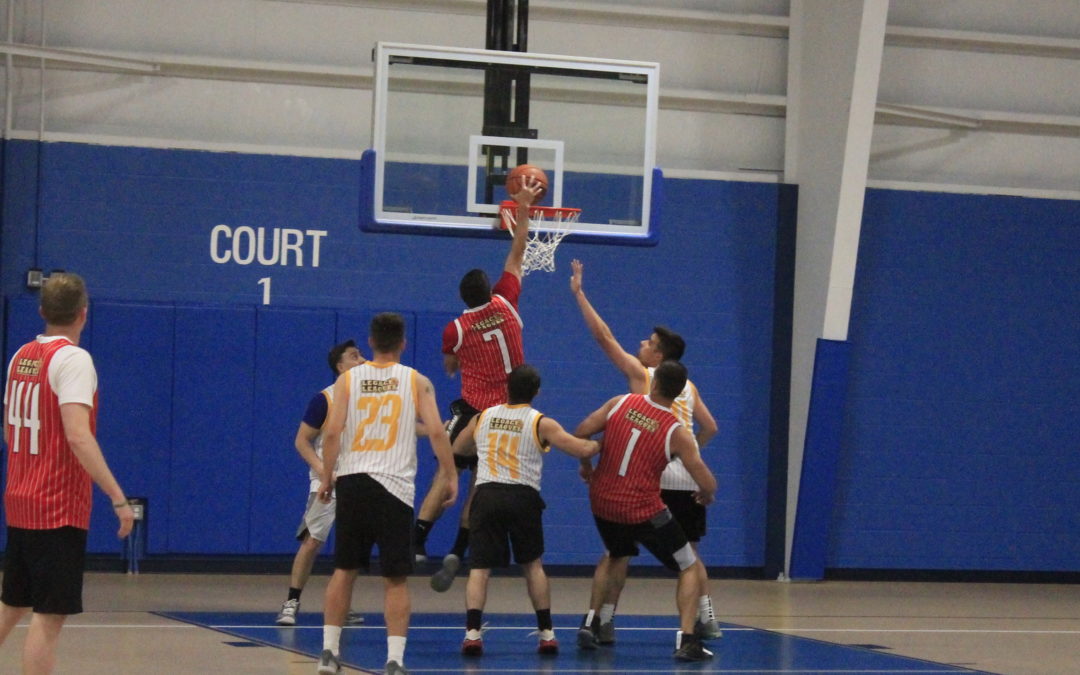 Good U got off to another slow start in the first half, but thanks to the arrival of Matt St. Ours to start the second half Good U pulled away from The Goodfellas, 80-68.

Good U usually relies heavily on making their outside shots, but on Tuesday their shots just were not falling so they had to trust their defense to shut down The Goodfellas’ shooters.

“We didn’t really shoot well from the outside but we really focused on defense in the second half and got the job done,” Van Fechtmann said.

In the second half of their Week 1 game again the Ozone Boys Good U only gave up 16 points and it was their defense in the third quarter against The Goodfellas that helped them extend their halftime lead to 13 points.

Despite shooting 4-for-25 from three Good U got a majority of their points in the paint thanks to their size and athleticism.

Ryan Palumbo showed his athleticism down low all night as he finished with 19 points on 7-of-10 shooting from the field. Palumbo also had the highlight of the game with a reverse slam in traffic.

St. Ours played all 20 minutes of the second half and he scored 15 points as he shot a perfect 7-for-7 from the field.

“It wasn’t our best game but it’s good to get out of there with a W,” Van Fechtmann said.