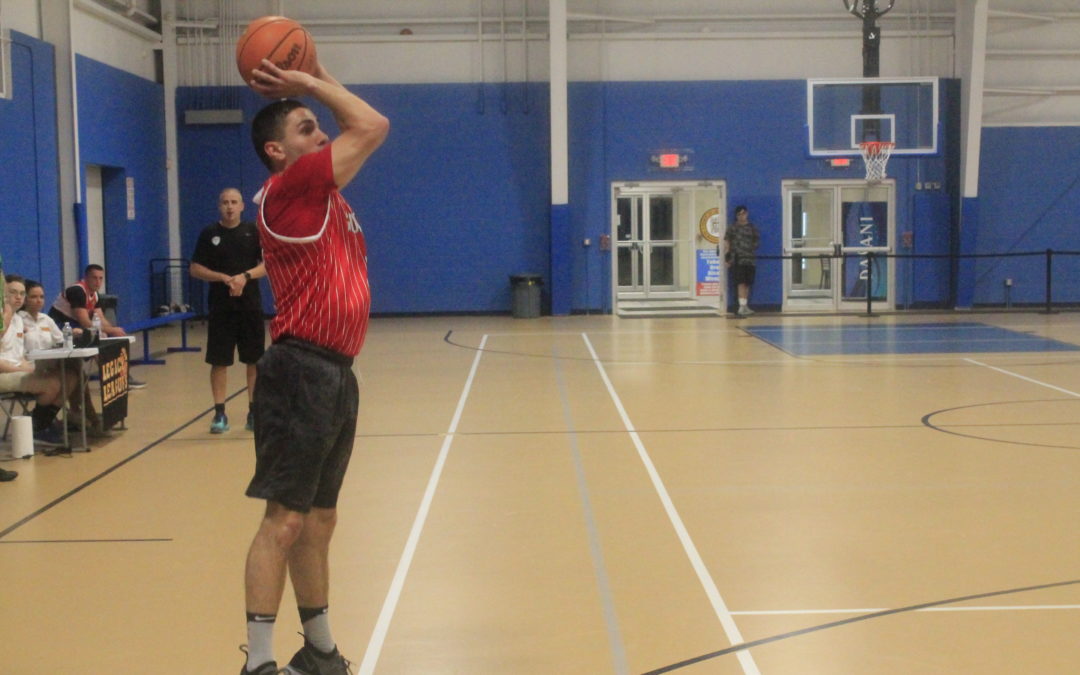 Good U defeats Island time, 90-51, to remain undefeated. Good U has looked nearly unstoppable so far this season, as they feature a number of offensive threats and play a great style of basketball.

Nick Messier said after the game his team “finds the open man and plays unselfish basketball.” That is definitely true as you look at the stats. Everyone on the team scored in Week 5, including four people who had 17 or more points.

Good U led by only three points at the end of the first quarter, but made sure to grow their lead in each subsequent quarter. Matt St. Ours and Ryan Palumbo led the way with 19 points each. Ryan Palumbo also tagged on ten rebounds to record a double-double.

Brenden Degnan added on 18 points of his own, and Brad Van Fechtmann added 17. This well-rounded scoring attack allows Good U to succeed against a variety of different defensive approaches, which makes them extremely hard to gameplan for.

Island Time was led by Dexter Ioux who had 16 points. Mike Wilbur contributed 14 of his own. Island Time needs to improve their rebounding totals if they want to make these games closer. They lost the rebounding battle 41-32 in Week 5. The biggest issue is that they let their opponents get up 23 more shot attempts than they did. That is a dangerous way to play and will need to improve for Island Time in weeks to come.

Next week Good U will hope to showcase more of the same against the improving Shady Dunkers. Meanwhile, Island Time will try to right the ship against the Halfway Crooks.