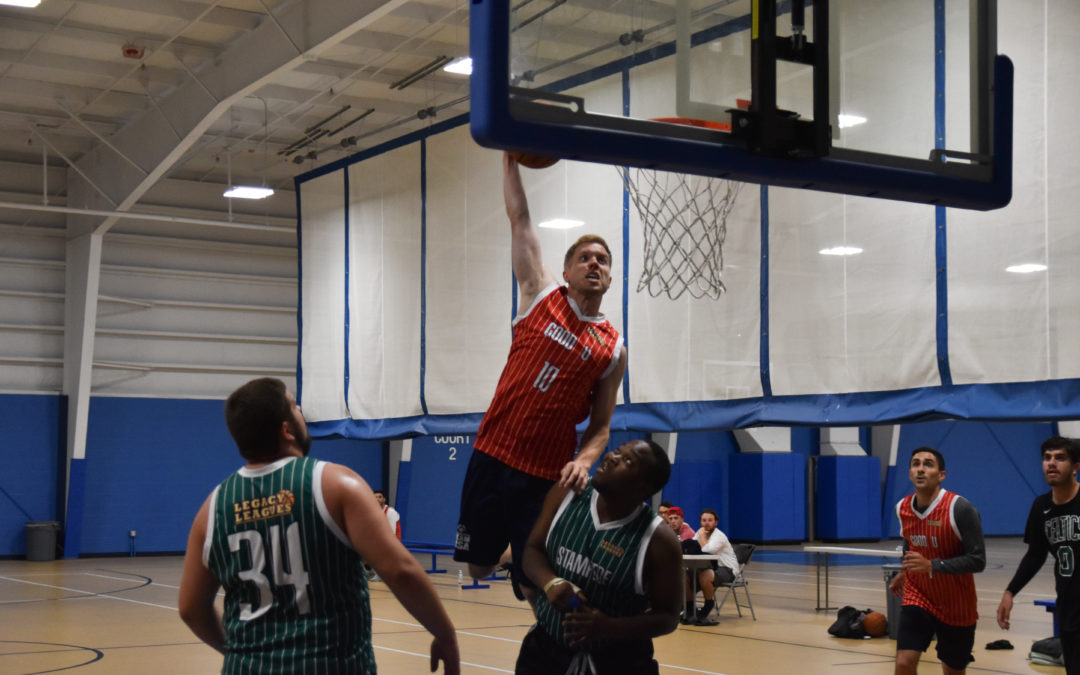 In what could possibly be an early round playoff game, Good U demolished the Stampede, 88-54.

Coming off a tough loss to the only undefeated team in the league, Good U was looking to get back to their winning ways. They did so emphatically right out of the gate, taking a huge 41-17 lead into the halftime break.

Per usual Good U wasn’t carried by one or two players, but instead put up a very well-rounded performance by the entire team. That is what makes Good U so, well, good. They’re the deepest team in the league and everyone contributes to each game.

Good U guard Matt St. Ours simplified their performance.

“We just kinda passed it around, played together, got some easy shots, and hit a bunch of threes,” St. Ours said.

It went well indeed, with five guys scoring 14 points or more, and three guys having five or more assists. Those are some impressive team numbers that not many squads are capable of.

Good U is currently second in the league in points scored, rebounding, turnovers, and assists. This is why they’re such a consistent, tough team because they fill up all columns of the stat sheet.

On the night Ryan Polumbo scored 21, Kyle Kelaghan finished with 18, Mike Bowen had 15, and Nick Messier and Matt St. Ours both finished with 14 points. Even though Brad Van Fechtmann was ice cold from the field on the night but, he contributed by tearing down a game-high 13 boards. It doesn’t get more well-rounded than that.

The Stampede’s biggest issue has been inefficient play as of late, and that didn’t change on Tuesday. They shot 23.3 percent from three, 25 percent from the free throw line, and 35.4 percent overall. Those are not exactly numbers you’re looking for if you expect to win a game.

Anthony Ramsey scored 18 and had six rebounds, and Brad Allen had 16 and six boards. Those were the only noteworthy performances for the Stampede this week.

Good U looks great as they continue their push towards a championship run. Next week they find themselves in a heavyweight matchup playing for a bye in the playoffs versus the reigning champs in Lob City.

St. Ours kept it simple when looking forward to what they want to accomplish next week.