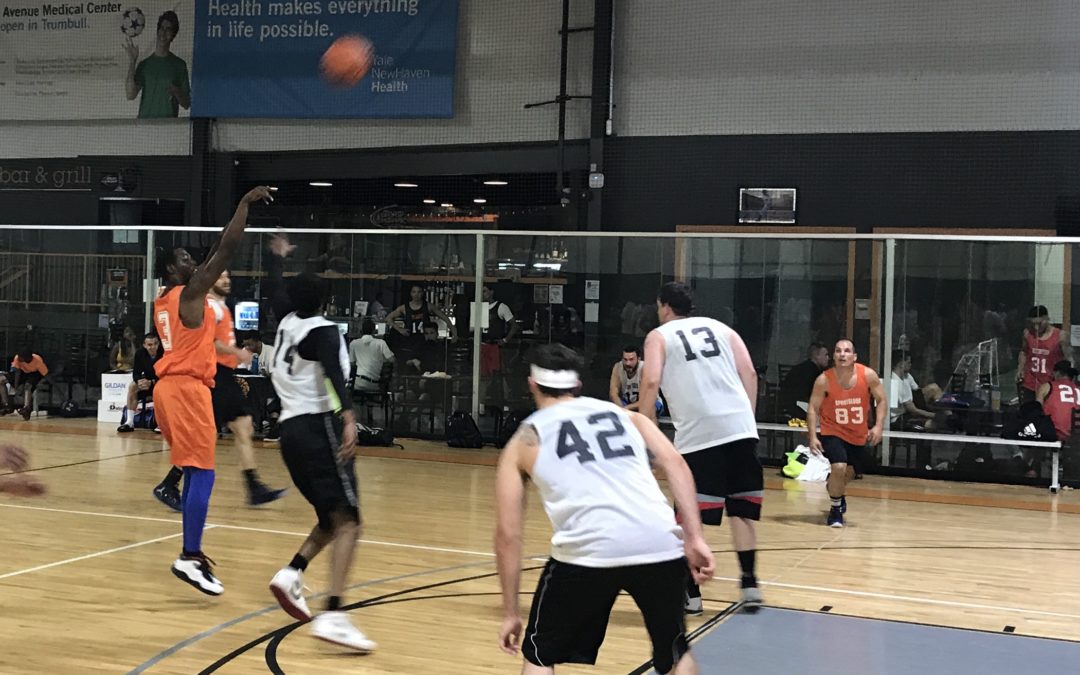 Two clutch steals following three missed free throws were the deciding factor in a closely contested ball game between two of the leagues heavyweights. Down by only three points with 10 seconds left in the game, Sportslook intentional fouls to put Goon Squad at the line. Goon Squad’s Brandon Massaro put the team through a roller coaster of emotions, missing both free throws but then turning around and coming up with two timely steals to help Goon Squad seal the win, 72-66.

Goon Squad started with a strong run that overwhelmed Sportslook in a lopsided first quarter where Sportslook were outscored 20-to-8. In the second quarter the fired ignited and both teams turned it up offensively. Going into halftime Goon Squad had a breathable nine point lead.

Dan Kokkoros battled the entire game for Sportslook scoring 22 points, but Matt Marconi and the Goon Squad defense was too much to handle. Marconi finished the game with 26 points, shooting 14-for-17 from the charity stripe.

“Cardio and getting our shots back [are key]. We have a lot of shooters that have not shown up yet and it’s hard to shoot on the small rim but we have a ton of three point shooters on our team. We need to come out and play and shoot and our shots will fall,” Marconi said.

Monday proved to be a step in the right direction for Goon Squad who found themselves blindsided by No Limit in week 1. A return to quality play for Matt Marconi proves to be a cornerstone for this Goon Squad team.