Goon Squad beats Redemption in a ‘Battle of the Benchless’ 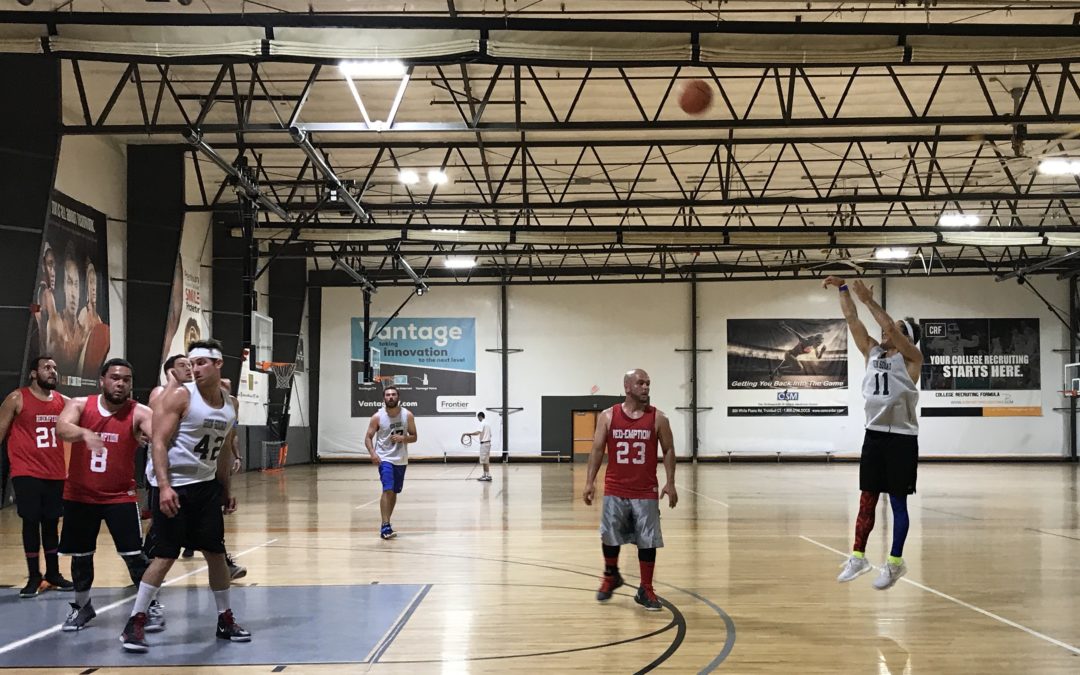 It was a deflating feeling for Goon Squad to look around and see an empty bench for the second straight week, especially after losing an ugly game to STP thanks to a depleted roster. However, their struggles in week four became a valuable learning experience.

“We got some practice last week and got our stamina up a bit,” Jake Van Sant said of the team’s shorthanded experience. “A hundred percent I think [last week] helped us.”

Facing a team equally as shorthanded also helped, as Goon Squad took down Redemption 74-62 in a straight-up four-on-four match.

STP took advantage of Goon Squad’s nonexistent bench in Week 4, but it was Goon Squad that had the extra pep in their step against Redemption on Monday night. After a frustrating performance last week, Matt Marconi bounced back to lead all scorers with 31 points and 11 rebounds to secure the game’s only double-double.

Seeming to have much more wind beneath their sails, the Goon Squad kept their footing throughout the game, only committing four team fouls while Redemption racked up 14, perhaps a telling sign as to who was more prepared for the physically taxing shorthanded matchup.

All four Goon Squad players finished in double figures as the team finished with a very efficient 27-for-52 night from the floor. The shooting performance was a welcomed sign after a tough shooting night against STP, when countless shots rimmed out and doomed any chance of a win in Week 4.

Redemption had opposite fortunes, shooting 27-for-83 from the field as a team and 8-for-40 from beyond the arc. Erik Silva led the way with 26 points, but even he hit only two of his seven three-point attempts.

Goon Squad experienced a confidence boost with the win, but would prefer some reinforcements in Week 6.

“At full strength, we’re in the top tier,” Van Sant said of his team’s place in the league. “If we can get at least six guys and play like we did tonight…we’ll be alright.”