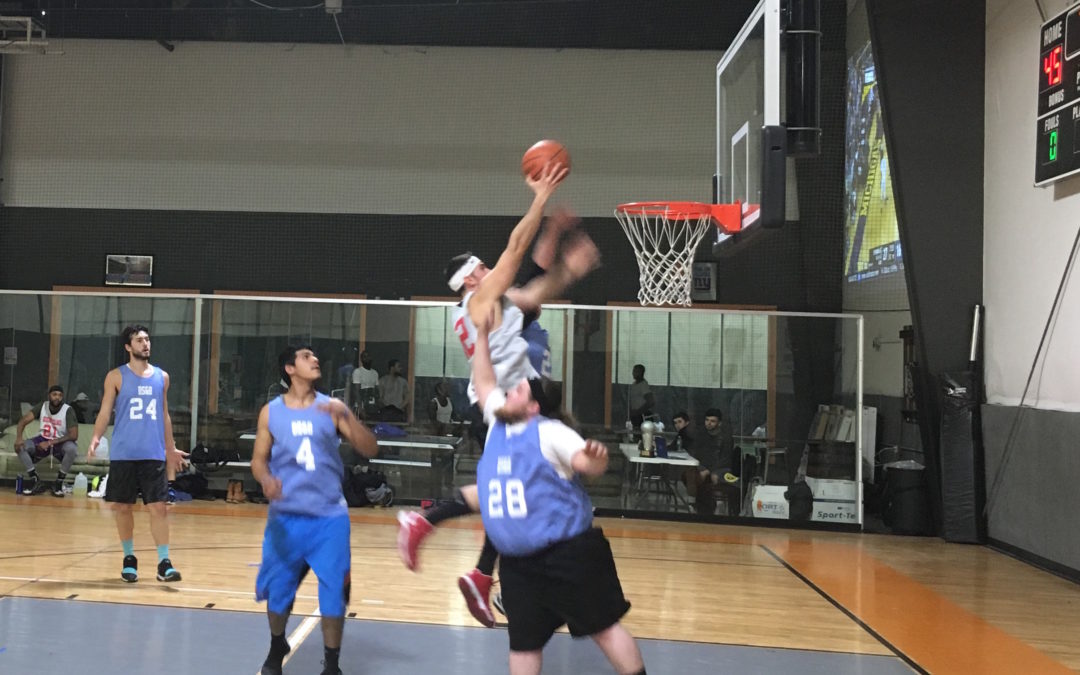 Dominating from the opening tip behind 15 forced turnovers, Goon Squad took down Blood, Sweat and Beers 85-59, in a battle of two veteran Legacy Leagues teams.

Finishing with a 4-5 record in the Summer 17 Legacy League season, the opening week win will boost the confidence of The Goon Squad going forward. The morale of the team is already high and they look to keep this momentum going.

Matt Marconi led the winning team with 23 points and six rebounds. Dom Migliaro had 21 points and was one rebound shy of a double-double. Four players finished with double-digit scoring totals Goon Squad in the convincing win. Goon Squad supported each other and are unselfish with the ball, always looking to move the ball.

“Team chemistry, communication, cutting to the hole, and good team defense,” Edwards said. They look to keep the good start going when they take on the 1-0 Rim Breakers next Monday in Week 2.

Blood, Sweat and Beers, one of the original teams back for the Winter 18 Legacy Leagues season, were greeted with a season-opening loss. Robo Prayer and Cody Dileonardo were the leading scorers with 17 and 12 points, respectively. Shooting 38 percent from the field, the offense had a tough time clicking. They were good on the glass with 25 rebounds and have multiple big men that could grab them.

Despite the loss, Blood, Sweat and Beers kept their hopes high after the defeat in Week 1 and will look to rebound against Stranger Danger (0-1) next Tuesday.